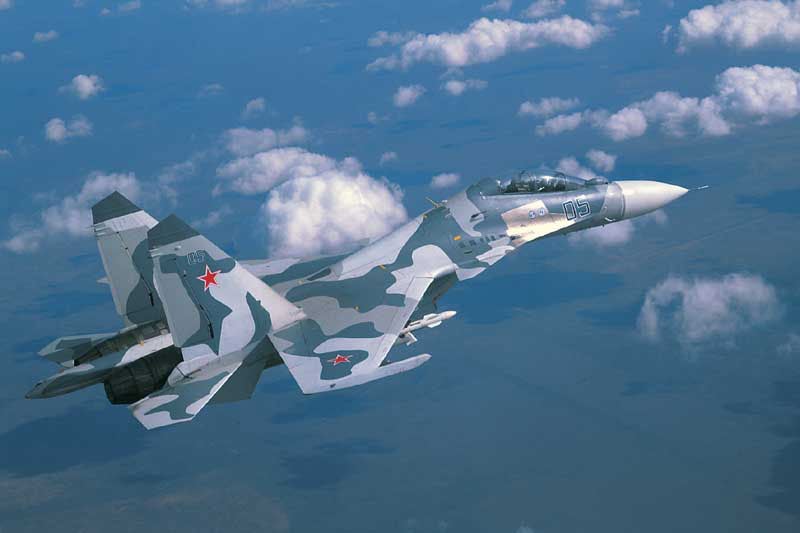 Sukhoi Design Bureau has conducted the maiden test flight of the first Su-30SM fighter jet, developed for the Russian Air Force, at the Irkutsk Aviation Plant airfield in Irkutsk, Russia.

Piloted by Sukhoi test-pilots, the multi-role fighter aircraft performed flawlessly during the test flight, which lasted for about two hours.

A total of 30 fighters were ordered by the Russian Defence Ministry from Sukhoi under a potential $3.3bn deal in March 2012, to help enhance the combat effectiveness of the air force.

The contract has been awarded as part of the state arms programme for 2011-2020, which aims to replace the air force’s existing Sukhoi Su-24 frontline bomber aircraft fleet.

Designed by Sukhoi as a further development of the thrust-vectoring Su-30MK combat aircraft family, the Su-30SM is a multirole fighter jet which features an enhanced radar system, a radio, and friend-or-foe systems.

The Su-30SM will be capable of carrying the Onix supersonic anti-ship and land attack missile, which is an all-Russian variant of the BrahMos cruise missile being developed in collaboration with India, reports Flight Global.

The Su-34 is an advanced fourth generation aircraft designed to conduct air-to-air and air-to-surface deep interdiction missions in all weather conditions and during any visibility levels.

Deliveries under contract are scheduled to start in late 2012.

Image: The Su-30SM multirole fighter is an enhanced variant of the Su-30MK combat aircraft family. Photo: courtesy of IRKUT Corporation, 2004 ©.