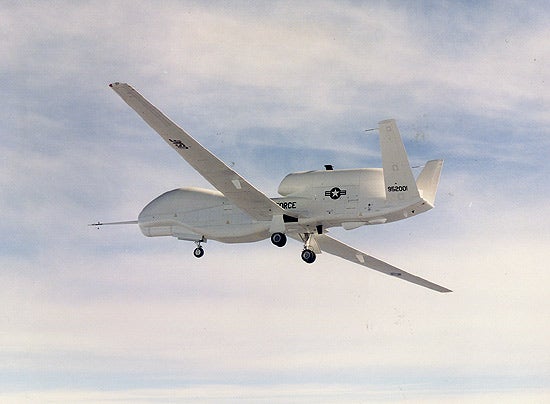 The Republic of Korea (ROK) military is planning to restart its medium-altitude unmanned aerial vehicle (MUAV) development programme in an effort to enhance surveillance of North Korean missile and nuclear programmes.

An undisclosed military source was quoted by Yonhap News Agency as saying that the exploratory development of the MUAV was completed by scientists in late 2012.

"Following the successful exploratory development of MUAV, full-scale development will start this year," the source added.

Launched by the Defense Acquisition and Procurement Agency (DAPA) in 2006, the KRW160bn ($139m) MUAV development programme launched the first prototype in May 2010, but was cancelled the subsequent year in the wake of the country’s acquisition plan of high-altitude UAVs.

The DAPA is scheduled to open a bid next month to accept proposals for the project in the first half of this year, with the aim of selecting a contractor for concept plane development in October, according to the source.

With an endurance of up to 24 hours, the MUAV will be capable of flying at an altitude of up to 10km, and features a radar that can scan as far as 100km.

Expected to be deployed in 2018, the UAV will feature lower resolution compared to the Hawker RC-800 aircraft, currently used by the Republic of Korea Air Force for tactical reconnaissance, surveillance and signals intelligence operations.

Meanwhile, South Korea has also expressed interest to procure four Northrop Grumman RQ-4 Global Hawk high-altitude, long-endurance (HALE) UAV under an estimated $1.2bn deal to carry out intelligence missions on North Korea, as it takes over wartime operational control from the US at the end of 2015.