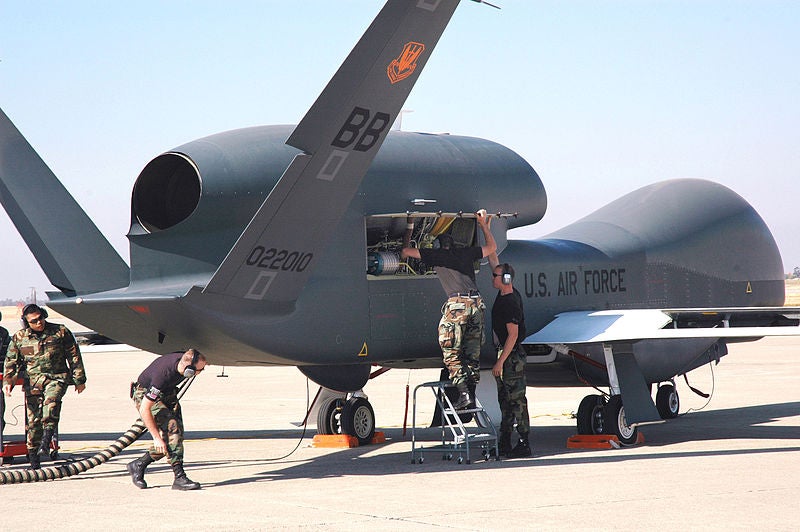 The official was quoted by Reuters as saying that the purchase would be conducted through the US foreign military sale (FMS) route, and the contract is expected to be signed during the first half of 2014.

The exact terms of procurement and the budget are yet to be finalised, the official added.

The purchase has also been confirmed by a DAPA administrator, who said in a parliamentary audit that South Korea "has plans to sign a contract next year to adopt Global Hawks in 2017."

However, a DAPA spokesman refused to elaborate beyond the administrator’s comments.

Meanwhile, Global Hawk manufacturer, Northrop Grumman refused to either deny or confirm Seoul’s interest, but noted that it continues to "work closely with the US Department of Defense and Korean Government to ensure their growing intelligence, surveillance and reconnaissance requirements are met with Global Hawk."

"The exact terms of procurement and the budget are yet to be finalised."

The Global Hawk sale was approved by US Congress in April this year, to help South Korea enhance its defence capabilities against possible missile and nuclear threats from the Democratic People’s Republic of Korea (DPRK), Yonhap News Agencyreports.

Powered by an Allison Rolls-Royce AE3007H turbofan engine, the RQ-4 Global Hawk is a high-altitude, long-endurance (HALE) UAS designed to provide field commanders with high-resolution, near real-time imagery of large geographic areas in support of military, humanitarian and environmental missions.

The remotely piloted UAV has been used by the US Air Force (USAF) during wars in Iraq, Afghanistan and Libya, in addition to supporting intelligence gathering and reconnaissance efforts after the earthquakes in Haiti and Japan.

Image: USAF avionics specialists prepare a Global Hawk UAV for a runway taxi test at Beale Air Force Base in California, US. Photo: courtesy of Cornellrockey04.