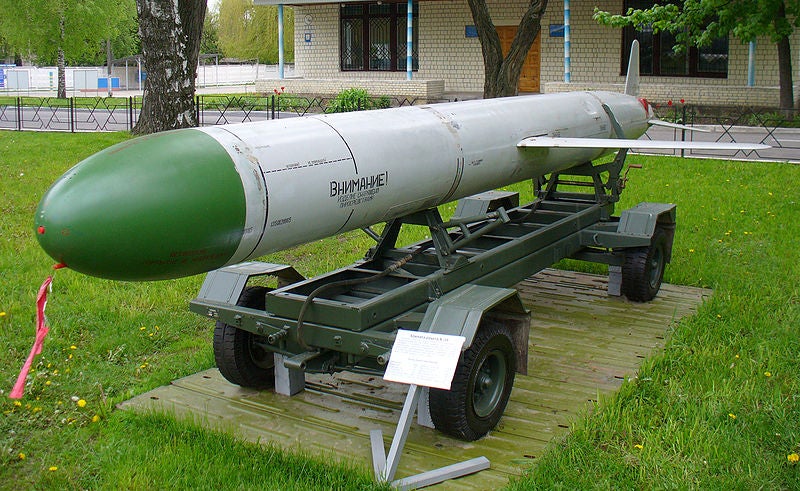 Serdyukov refused to provide further details about the missile, but did reveal that it was an air-launched long range missile, as reported by RIA Novosti.

London-based International Institute of Strategic Studies air warfare analyst Douglas Barrie told RIA Novosti that the new weapon could likely be "either the Kh-555 or Kh-101/102."

Air Force chief colonel general Alexander Zelin had previously revealed that the new cruise missile was being developed by the Taktitcheskoye Raketnoye Vooruzhenie (Tactical Missile) defence corporation and that its specifications were not made public.

Zelin further added that the new missiles were expected to be installed on the fifth-generation fighter jets.

Powered by a single R95-300 turbofan engine, the missile can be launched from both high and low altitudes, and flies at subsonic speeds at an altitude of 300ft.

The Kh-101 is a stealthy nuclear armed cruise-missile under development by the Raduga design bureau, along with a conventionally-armed variant (Kh-102), as a more stealth replacement for Kh-55SM.

Zelin had also told that the air force will soon deploy an advanced tactical air-to-air missile on its MiG-31BM Foxhound supersonic interceptors, followed by other aircraft, which will greatly enhance its operational effectiveness.

Zelin did not identify the missile but experts suggested it could be the K-37M, a long range air-to-air missile.