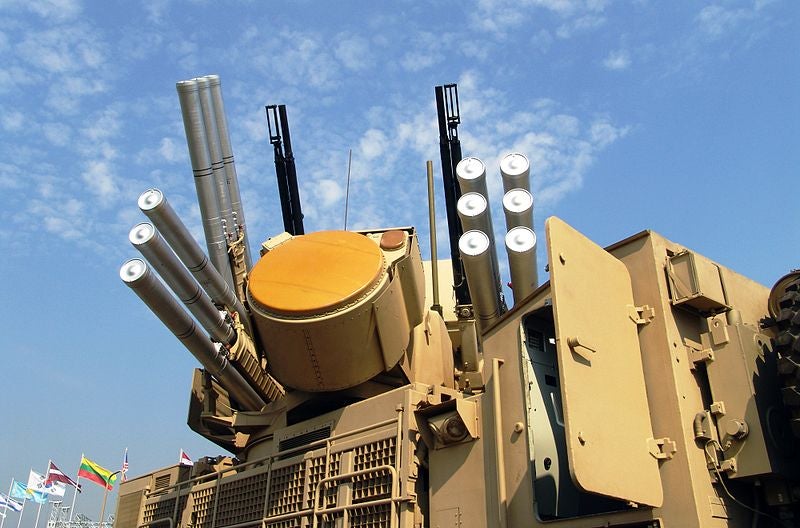 The Russian Government is close to signing a contract for the supply of Pantsir-S1 air defence systems to Brazil, the Russian Defence Minister Sergei Shoigu has revealed. Shoigu was quoted by RIA Novosti as saying that, ”we are moving toward the agreement on Pantsir systems…but drafting the final document needs time.” The estimated $1bn contract covers delivery of three Pantsir-S1 batteries, which will include up to 18 units, Kommersantbusiness daily reports. The Pansir-S1 are expected by the Brazilian military officials to enhance the national air defences during the upcoming sports events, including 2014 FIFA World Cup and the Summer Olympics, which are scheduled to be held in Rio de Janeiro in 2016.

Shoigu has just returned from a three-day visit to the South American country to discuss prospects of bilateral defence and space cooperation, including the sales of Pansir-S1 and Igla man-portable infrared homing surface-to-air missile systems, according to RIA Novosti.

Manufactured by KBP Instrument Design Bureau, the Pantsir is a short-to-medium range ground-based air defence system designed to safeguard national and military facilities against a wide range of low-flying targets, such as cruise missiles, aircraft, helicopters and unmanned aerial vehicles (UAVs). An advanced variant of the SA-19/SA-N-11 missile, the anti-aircraft artillery system features a fire-control radar, electro-optical (EO) sensors, two 2A38M 30mm twin-barrel cannons, as well as 12 57E6 two-stage radio-command guided short-range missiles in sealed, ready-to-launch containers. Using the missile and cannon, the system can engage targets up to 20km and 4km respectively, and can be operated autonomously and also as a separate unit. Apart from Russia, the system is also operational with Algeria, Iran, Iraq, Jordan, Syria and UAE militaries.