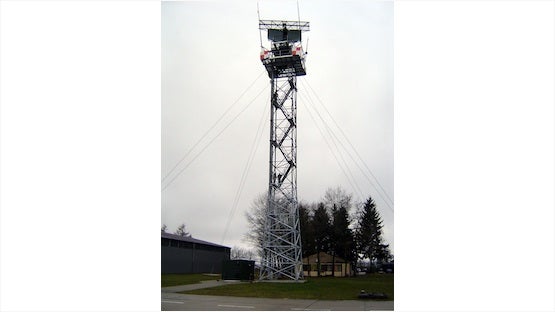 Cassidian has been awarded a contract for delivery of its Airport Surveillance Radar-Next Generation (ASR-NG) system to help enhance flight safety on airbases of the Royal Canadian Air Force (RCAF).

Awarded by Public Works and Services Canada, the €50m contract covers production and delivery of a total of seven ASR NG radars to the air force, and also to improve integration of military aircraft into the civilian air space.

"Our ASR-NG guarantees outstanding performance so that even very small objects such as ultra-lightweight aircraft or even flocks of birds can be reliably detected and classified," Jacques added.

"The €50m contract covers production and delivery of a total of seven ASR NG radars to the air force."

Enabling tracking of air traffic even in windfarm shadows areas through specially developed algorithms, the radar also features a secondary MSSR 2000 I radar system for reliable individual identification of more than thousand aircraft at a time.

With no-blind speed coverage ranging from zero to 1,200k, the radar is also capable of classifying bird migrations, providing controllers with an opportunity to warn pilots in the affected area in time.

Approximately 30 ASR and MSSR radar systems have been ordered by Germany and Switzerland as part of a combined €400m contract from the company.

The delivery schedule has not been disclosed by the company, which will serve as a local subcontractor to Lockheed Martin Canada in the programme.