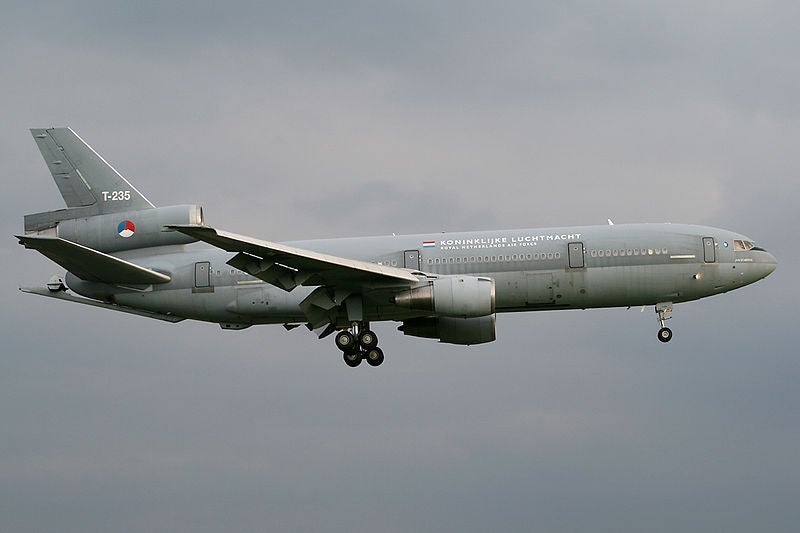 Awarded by the Defense Materiel Organization (DMO) in May 2005, the $30m CUP contract covered modification of the RNLAF’s one DC-10 transport and two (K)DC-10 aerial refuelling tanker aircraft.

Carried out in collaboration with Boeing, the contract involved design modifications required to help the aircraft address the existing and future international aviation legislation and regulations for operation and accessing global air space.

CUP proved to be a challenging programme, despite the company performing well on the installation and testing phases.

"This is reflected in the very short modification time for the third and last aircraft, and I am happy to see also this aircraft in operation again," Sleijster added.

The first DC-10 aircraft was handed over in April 2011, while re-delivery of the remaining two aircraft took place within 18 months, as the design involved minor variances compared to the DC-10.

Scheduled to operate from Eindhoven Air Force Base, the aircraft will be deployed under the European Air Transport Command (EATC), which improves the combined operational capabilities of participating nations and also the effectiveness and efficiency in conducting air transport, air-to-air refuelling and aeromedical evacuation missions.

Powered by three General Electric CF6-50C2 turbofan engines, the aircraft is also capable of refuelling Nato aircraft, such as F-16 fighters and other aircraft fitted with a boom system.

Image: A RNLAF’s KDC-10 aircraft ready to land at an airport in Germany. Photo: Courtesy of Sebastian Barheier.