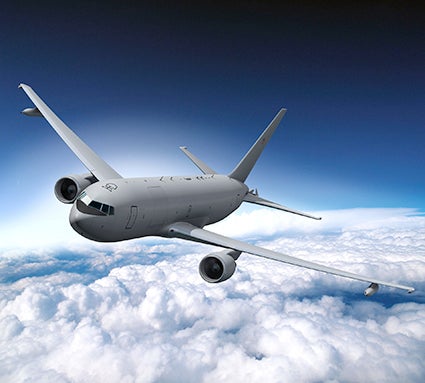 The team is developing highly customised and rugged technology insertions for the aircraft for use under challenging environments.

"Our use of technology through simulation, in design, material selection, manufacturing and test and develop helps to develop a superior product faster with fewer redesigns and greater reliability," Nevin added.

A total of 179 KC-46 aircraft had been ordered by the USAF from Boeing under KC-X tanker competition in February 2011, to help replace its ageing fleet of KC-135 Stratotankers, which served as its primary refuelling aircraft for more than 50 years.

An initial batch of 18 combat-ready tankers will be delivered by 2017, while the remaining deliveries are scheduled to continue until 2028.

Developed from the Boeing 767-200ER, the KC-46 is a military aerial refuelling and strategic transport aircraft, and will be capable of refuelling any fixed-wing receiver capable aircraft of the air force, navy, Marine Corps and allied coalition forces during any mission.

Besides a modernised KC-10 boom with a fly-by-wire control system, the aircraft also features and a refuelling envelope and fuel offload rate, which is greater compared to the existing KC-135 tanker. Initial test flight of the first aircraft is scheduled to take place in late 2014.