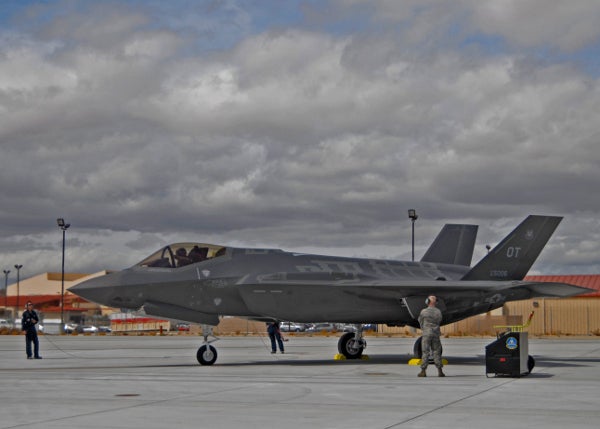 During testing, the MADL joined the communications, navigation and identification (CNI) Link-16 and variable message format network present on an F-35 aircraft, and the data passed was correlated with information from other F-35 sensors by a fusion system to form a simplified situational awareness picture on the cockpit displays.

The testing forms an important element of Lockheed Martin’s F-35 Block 2 software release that is designed to offer an advanced mission systems capability at Edwards AFB.

"This success is a significant achievement for the F-35 program and enabling joint aerial concept of operations," Twyman added.

A critical capability of the F-35 CNI avionics, the MADL is a high-data-rate, directional communications link designed to enable coordinated tactics and engagement to help bring significant operational advantages to fifth-generation aircraft operating in high-threat environments.

The CNI system provides F-35 pilots with an equivalent capability of over 27 avionics subsystems, including identification friend or foe (IFF), automatic acquisition of fly-to points, and various voice and data communications, while lowering size, weight and power demands on the aircraft.

Currently under production by Lockheed, the F-35 JSF is designed to conduct ground attack, reconnaissance, and air defence missions with stealth capability.