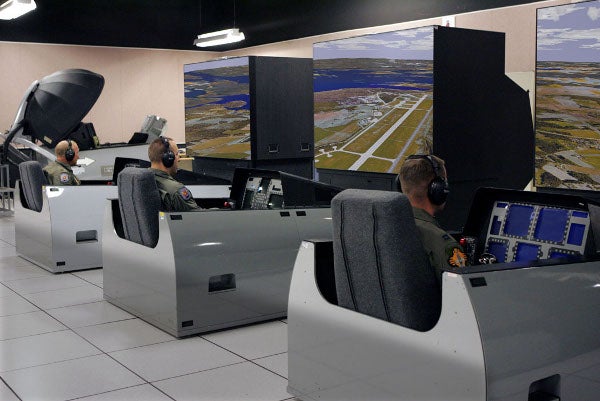 Northrop Grumman has been awarded a contract to continue the delivery of network and integration services for the US Air Force’s (USAF) Combat Air Force Distributed Mission Operations and Integration programme.

Awarded by the Air Force Life Cycle Management Center (AFLCMC), the distributed mission operations network (DMON) 2.0 service contract is valued at $490m and covers supply of support services for the next five years.

"Northrop has served as the Combat Air Force Distributed Mission Training Operations and Integration programme’s prime contractor since its launch in 1999."

”For more than a decade, we have been proud to support critical warfighter training on events ranging from small-scale daily composite team training to large force engagements involving multiple sites and complex missions," Twyman said.

Northrop Grumman DMON 2.0 programme manager Lisa Harris said the innovations integrated by the company in DMON have made the system more powerful, efficient and affordable.

"In the years ahead, we stand ready to support the air force in extending the reach of DMON to additional sites and platforms, and exploring added capabilities to realize the full potential of this realistic, cost-effective training," Harris said.

Northrop has served as the Combat Air Force Distributed Mission Training Operations and Integration programme’s prime contractor since its launch in 1999.

Work under the contract is scheduled to be carried out at the company’s facility in Orlando, Florida, US.

Image: USAF personnel practice a training scenario at the Distributed Mission Operations Network Center at Kirtland Air Force Base in new Mexico, US. Photo: courtesy of Nellis Air Force base.