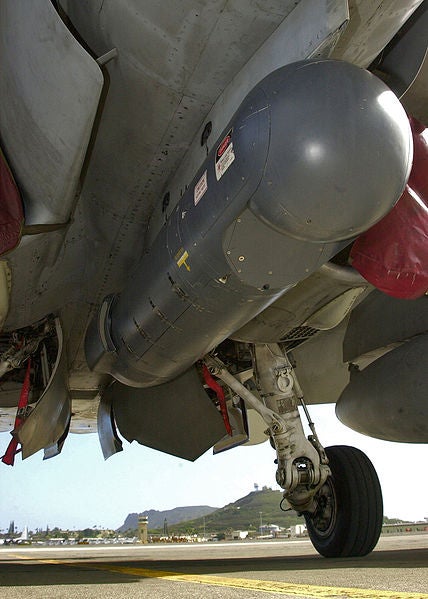 Northrop Grumman has secured a contract for the supply of support and sustainment services for the US military’s Litening advanced airborne targeting and navigation system.

Specific services to be provided by the company include logistics support, technical support to the field, aircrew and maintenance training, as well as depot repairs and other related services.

The company will also deliver support services to the Italian and Spanish navies.

"Through this partnership, Litening has achieved greater than 97% availability and more than 650,000 combat flight hours, so warfighters know it will be ready for any mission," Mocarski said.

Manufactured initially by Rafael Advanced Defense Systems for the Israeli Air Force, Litening is a fifth-generation targeting and surveillance system designed to help aircrews in target identification and engagement during day, night and under-the-weather conditions.

"Through this partnership, Litening has achieved greater than 97% availability and more than 650,000 combat flight hours, so warfighters know it will be ready for any mission."

In addition to US, Spanish and Italian militaries, the pods are also mounted on a range of coalition aircraft, including the Australian, Netherlands, Finnish and Portuguese air forces.

Contract services are scheduled to continue over the next five years.

Image: A Litening targeting pod mounted on a US military’s F/A-18 Hornet fighter aircraft. Photo: courtesy of the US Goverment.