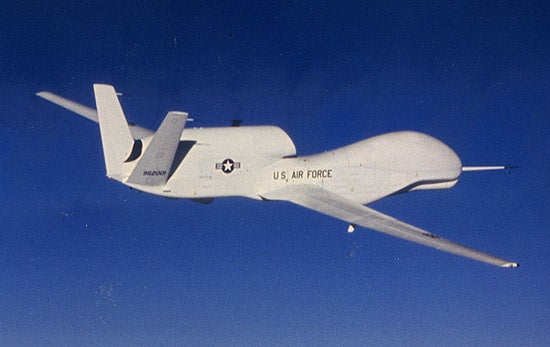 An open architecture-based command and control software and hardware equipped MMCS was used during the US Air Force Global Hawk Program Office-sponsored testing, which moved the company closer to offering the product for varied UAS.

During testing, the airborne Global Hawk was controlled by the MMCS located at the Global Hawk Systems Integration Laboratory in San Diego, after taking off under operator control through the US Air Force Launch and Recovery Element (LRE) at Edwards Air Force Base in California, US.

A series of manoeuvres was carried out by the aircraft until the control was transferred back to the LRE for landing. Manufactured by the company’s common mission management system (CMMS) product centre, the MMCS is intended for implementation across multiple UAS to help enhance their mission effectiveness and also lower training requirements.

News
RAAF receives four new F-35A Lightning II aircraft
Data Insights
View All
"A series of manoeuvres was carried out by the aircraft until the control was transferred back to the LRE for landing."

The flight demonstration was sponsored as part of the Ground Station Technical Refresh contract, which seeks continued development of common UAS control systems for use by a multitude of unmanned platforms.

"We were able to reuse components from proven programmes and integrate them into a common standards-based infrastructure to establish a baseline that will meet the requirements of multiple programmes,” Valenzuela added.