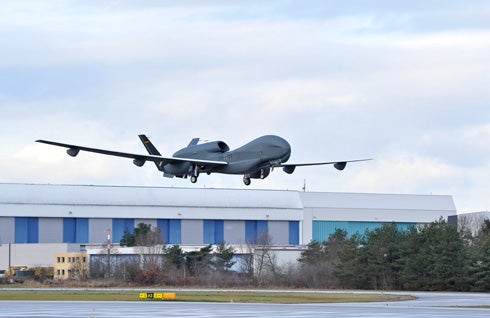 Equipped with the signals intelligence mission system to detect and collect information from electronic intelligence radar emitters and communications emitters, the UAS flew up to an altitude of 54,000ft within military controlled airspace.

The UAS remained airborne for over six hours and then safely landed back at the air base.

Following the receipt of final approval from the German Airworthiness Authority for evaluating integrated Sigint payload functionalities, the UAS has also successfully completed extensive ground testing at the base.

The German Ministry of Defence awarded a contract to Northrop and Cassidian in January 2007 for the joint development, test and support of the full-scale demonstrator of Euro Hawk system.

Based on Northrop’s RQ-4 Global Hawk Hale UAS, the Euro Hawk has an endurance of 30 hours, maximum altitude of more than 60,000ft, and can fly more than 20,000km before needing to refuel.

The system has been designed to replace Germany’s ageing fleet of manned Breguet Atlantic aircraft, which were in service from 1972 and officially retired in 2010.