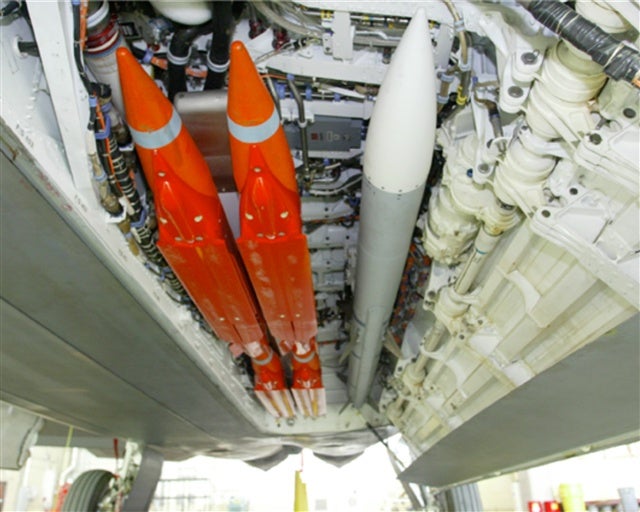 Nammo Group has delivered an additional AIM-120 advanced medium range air-to-air missile (AMRAAM) rocket motor to Raytheon. Representing an overall 1,000th AMRAAM rocket to have been delivered to date by Nammo, the newly delivered rocket is scheduled to be installed in an under-production AIM-120C7 missile later this month. Nammo is supplying motors at the rate of approximately 90 motors a month, after being certified as an AMRAAM rocket motor supplier for Raytheon following a lengthy qualification process in October 2012. Raytheon Missile Systems AMRAAM programme director Ronald Krebs said the Raytheon-Nammo partnership has been a model of success throughout 2012. "Raytheon has worked extremely hard to make certain our end-user customers continue to receive AMRAAM missiles on schedule," Krebs said. Raytheon Missile Systems president Dr Taylor Lawrence said, "The teamwork between Raytheon and Nammo has contributed significantly to our shared success." Under development since 1998, the AIM-120C-7 is an upgraded variant of the AIM-120C AMRAAM missile, featuring extended range and enhancements in homing capability. The missile is currently being manufactured for both domestic and foreign military customers.

"The missile is currently being manufactured for both domestic and foreign military customers."