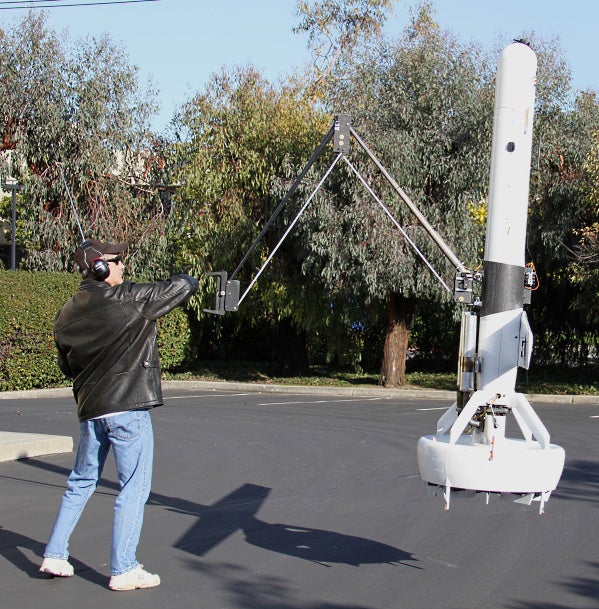 Carried out as part of the US Defense Advanced Research Projects Agency (DARPA) funded research project, the demonstration opens capabilities for accurate delivery of small payloads in environments that cannot be accessed easily.

During testing, the UAV was equipped with a stereo vision system for precise detection and tracking of an object’s location, relative to its position, in hover flight.

MLB CEO and founder Dr. Stephen Morris said the demonstration represents an example of the flexibility and capabilities that can be offered by the V-Bat VTOL platform.

"The V-Bat is ideal for shipboard operations, aerial patrol, payload pick-up and delivery or any application that requires access to hard-to-reach or dangerous locations," Morris added.

"During testing, the UAV was equipped with a stereo vision system for precise detection and tracking of an object’s location."

The UAV has already displayed its ability to precisely place small payloads on fixed structures in hovering mode under a vision-based control system, as part of a DARPA contract in September 2011.

Weighing 70lb, the V-Bat is an autonomous VTOL version of MLB’s BAT UAV, and is designed to conduct small unit surveillance and urban monitoring, as well as force protection missions.

Autonomously launched and recovered in a 20x20ft area, the UAV can fly for longer distances at a speed of 90k with a five pound payload for ten hours.

V-Bat’s design has also been selected by the US Air Force (USAF) for a Phase II small business innovation research (SBIR) contract, which seeks development of a VTOL Tier II-size UAV to revolutionise availability and utility of local situational awareness for UAV operations from confined regions.