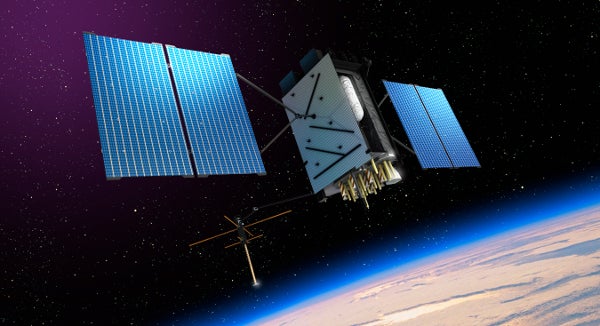 Lockheed Martin has been awarded two contracts to start procurement of long lead parts for the next set of Global Positioning System III (GPS III) satellite systems for the US Air Force (USAF).

Valued at a combined $120m, the fixed-price contracts cover the fifth, sixth, seventh and eighth next generation GPS III satellites.

"This most recent award and our team’s ability to convert the contract structure to fixed price is a sign that we are on track to meet the affordability objectives and commitments we originally set out to achieve," Caldwell added.

"As our world becomes increasingly dependent on GPS technology, the new GPS III satellites will be a critical element of both our national and economic security, and we are committed to achieving mission success for the billions of military, commercial and civilian users worldwide," Jackson added.

Capable of delivering enhanced accuracy and anti-jamming power, the GPS III is a next-generation communication satellite designed to replace the existing GPS satellites that are used by military and civilian customers worldwide.

Lockheed is currently under contract to deliver four GPS III satellites for USAF, which is planning to procure up to 32 satellites.