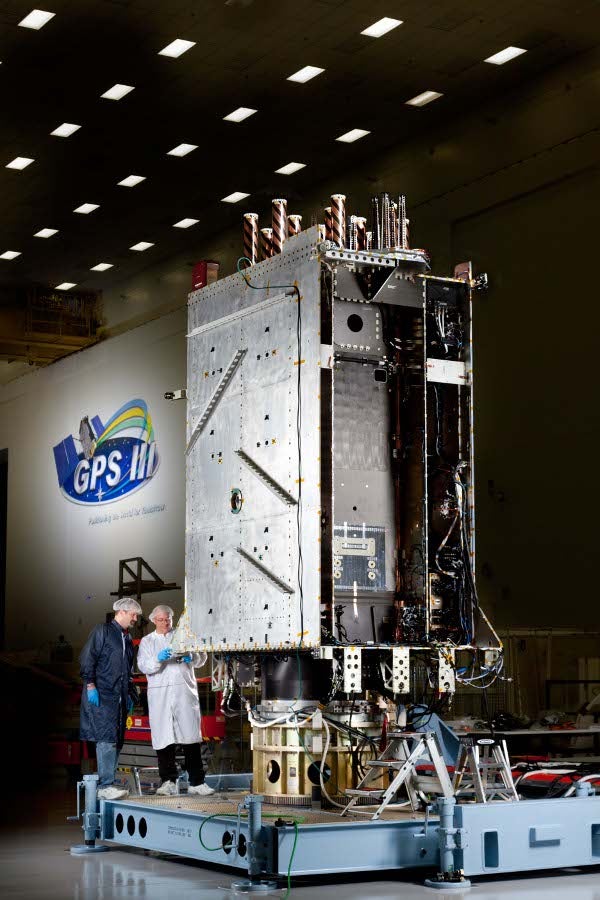 The test, which took place at the company’s GPS Processing Facility (GPF) near Denver, US, is one of several environmental trials intended to validate the payload’s workmanship quality and enhanced performance compared to the existing satellites.

During testing, the NPE’s operational capabilities were verified in extreme hot and cold temperatures, which it is expected to encounter in orbit.

US Air Force GPS III programme manager lieutenant colonel Todd Caldwell said: "This milestone is a key indicator that we have a solid design and are on track to provide unprecedented position, navigation, and timing capability for GPS users worldwide."

Lockheed Martin Navigation Systems mission area vice president Keoki Jackson added, ”The completion of thermal vacuum testing on our first navigation payload is a critical milestone for our program that demonstrates we are on a solid path to meet our commitments.”

The payload will now undergo final satellite level testing following integration with the GNST, which is a full-sized GPS III satellite prototype designed to enable identification and resolution of development issues before actual integration and testing of the first spacecraft.

Following successful completion of integration and testing at the GPF facility, the GNST is scheduled to be delivered to Cape Canaveral Air Force Station in Florida, for risk reduction trails at the launch site.

Scheduled for launch in 2014, the GPS III is a next-generation communication satellite designed to replace the existing GPS satellites used by the military and civilian customers across the globe.