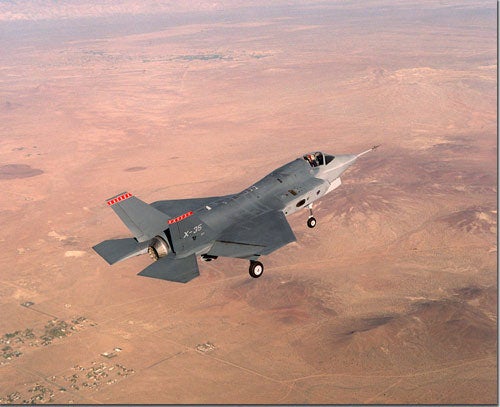 The problems were highlighted in a Joint Strike Fighter Concurrency Quick Look Review by the Pentagon’s chief operational tester Michael Gilmore in November 2011, which claimed that the system’s design poses a fire risk due to the wetting of external surfaces. Defense News has reported Burbage as saying that the present design pumps out fuel forcefully from a valve that is flush with the wing in order to keep the aircraft stealthy, which leads a portion of dumped fuel back into the aircraft.

In contrast, the fuel in conventional aircraft is dumped safely by using a mast that ejects the fluid away from the aircraft’s surfaces. Burbage said: "We expect to have that configuration change back in the test airplane early this year."

In the F-35B version, developed specifically for the US Marine Corps (USMC), fuel runs very close to the roll-post ducts, a part of the short take-off and vertical landing (STVOL) system, causing ignition. The report also found potential problems with all aircraft variants’ helmet mounted display (HMDs), the tail-hook of the F-35C and the integrated power package that may lead to major consequences.

The existing fleet is installed with a temporary solution and the permanent modification, to be integrated into all the production aircraft, will undergo testing in the second quarter of 2012, Burbage added. The F-35 Lightning II is a family of single-seat, single-engine, fifth-generation multirole fighters currently under development by Lockheed and are designed with stealth capability to perform ground attack, reconnaissance and air defence missions.

The JSF programme is primarily funded by the US with additional funding from the UK, Nato members and close US allies.