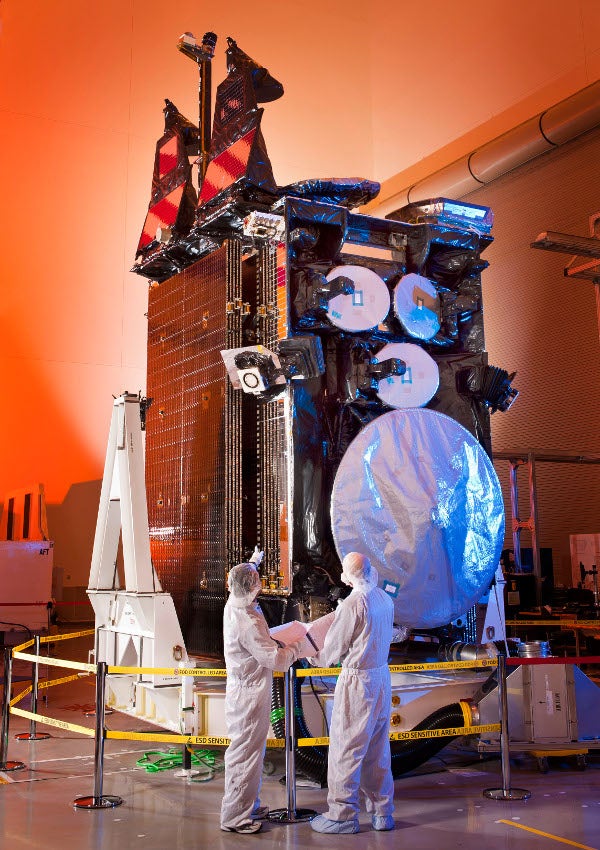 Integration of the system module, featuring the satellite’s payload structure module and electronic components critical for control of its communications payload, represented completion of the first major phase in the AEHF-4’s assembly, integration and testing programme.

The system module will now be integrated with the satellite’s advanced communications payload by AEHF payload provider Northrop Grumman, and will subsequently return to Lockheed’s facility in Sunnyvale, California, US, for final satellite integration and testing.

”In the current budget environment, we are laser focused on streamlining our processes and deploying affordability initiatives to reduce the cost of each AEHF asset now vital to our national security,” Calassa added.

The AEHF are the next generation of protected military satellite communications satellites designed to provide enhanced global, survivable, protected communications for the US warfighters and its allied militaries, including the UK, Canada and Netherlands.

Lockheed is under contract with the USAF for production and delivery of four AEHF satellites along with mission control segment, and has already started long-lead components procurement for the construction of fifth and sixth AEHF satellites.

The initial two AEHF satellites were successfully launched from Cape Canaveral Air Force Station in Florida, US, in August 2010 and May 2012, while the third is readying for launch in September 2013.

Image: The US Air Force’s second AEHF satellite being prepared for launch. Photo: courtesy and copyright of Lockheed Martin Corporation.