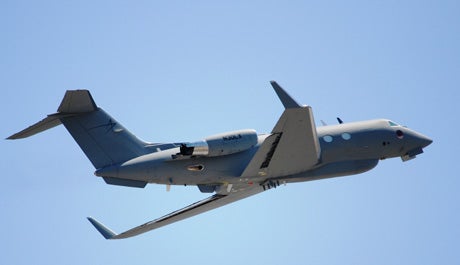 The Italian Air Force is currently operating a signals intelligence (SIGINT) equipped Gulfstream III jet, which was acquired for one year under a leased flight hours contract from Lockheed Martin.

The jet has been stationed at the air force’s 14th Wing at Pratica di Mare base since the end of April 2012 and is currently being operated by both the air force and Lockheed crews.

As part of the contract signed in 2011, Lockheed crew provided sensor training to the Italian Armed Forces in Italy, while Italian Air Force pilots were trained in the US.

Italy had sought a request for information from Lockheed and Elta Systems in 2007 with plans to purchase Gulfstream SIGINT to replace its G222 SIGINT aircraft, which is scheduled to retire from operational service by end of 2012.

The air force however held back its purchase plans due to budgetary constraints, and instead procured Early Warning Gulfstreams from Israel, in exchange for Israeli Air Force’s (IAF) purchase of M346 training jets from Finmeccanica.