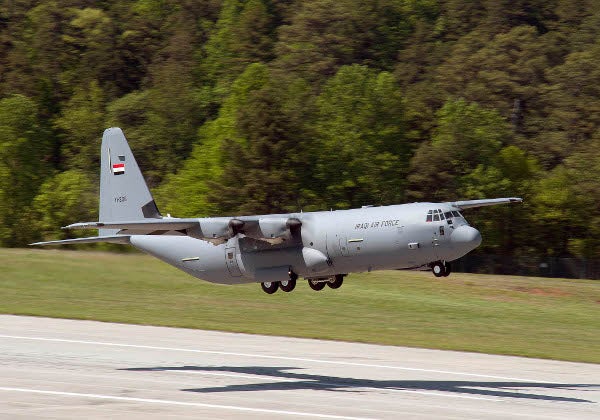 Lockheed Martin is set to hand over the second batch of three C-130J Super Hercules tactical transport aircraft under contract to the Iraqi Air Force (IQAF).

All three C-130Js were ferried from the company’s production facility in Marietta, Georgia, on April 23 to the US Air Force bases, prior to delivery to the IQAF. Designated as 5721, the first aircraft of the trio was ferried on April 23.

The initial batch comprising three aircraft was delivered in December 2012.

A legacy C-130 operator, Baghdad, is scheduled to operate the aircraft for intra-theatre support for its troops and also to provide humanitarian relief operations in various locations worldwide.

The aircraft are also expected to enable the country to seamlessly operate with the US, Nato and coalition forces during all types of operations and missions.

An extended fuselage version of the C-130J Hercules, the C-130J-30 is a four-engine, medium-lift military transport aircraft designed to carry out a wide range of military, civilian and humanitarian assistance operations across the globe.

The aircraft is currently in service with the US, Australian, Canadian, Danish, Indian and Norwegian air forces.

IQAF currently operates three second-hand C-130E aircraft that were purchased from USAF, after the ouster of former president Saddam Hussein in 2003, as reported by Flightglobal.