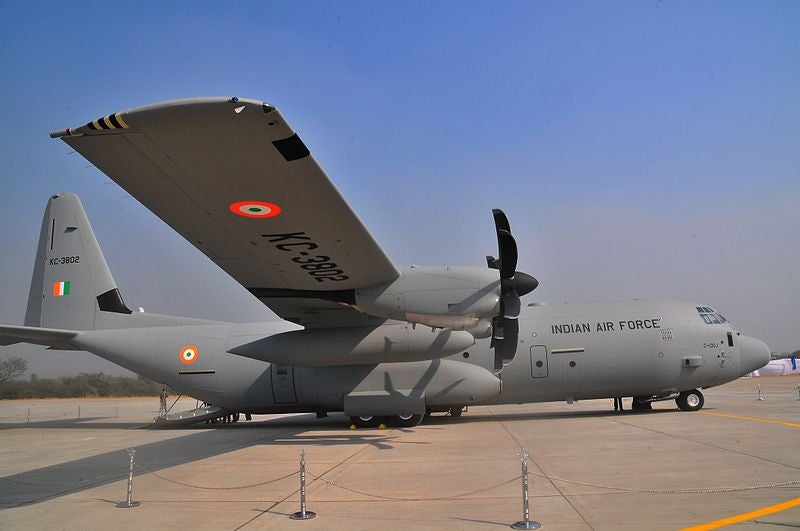 The Indian Defence Acquisition Council (DAC) has approved the national Air Force’s procurement of six additional C-130J Super Hercules aircraft at a cost of INR40bn ($635m) from the US, an unnamed defence source have revealed.

Quoted by Press Trust of India, the source said that the aircraft will be acquired through the foreign military sales (FMS) route between the Indian and US governments.

Meanwhile, the deal will now be transferred to the Cabinet Committee on Security for the final approval, the sources added, noting that the new aircraft will be based at Panagarh in West Bengal.

Panagarh serves as headquarters of the Indian Army’s newly created Mountain Strike Corps for operations along the India-China border, according to the news agency.

"The aircraft will be acquired through the foreign military sales route between the Indian and US governments."

An undisclosed senior defence ministry official was quoted by NDTV as saying: "With its ability to land almost anywhere, the additional C-130J will give the Mountain Strike Corps ability to move around troops and rush reinforcements along the front at a very short notice."

The Indian Air Force (IAF) currently operates six C-130J Super Hercules aircraft, which were acquired under a $1.2bn FMS deal from US in early 2008, from Hindon Airbase, near Delhi, for special operations.

Fitted with a glass cockpit, digital avionics and a new propulsion system with a six-bladed propeller, the aircraft is a longer fuselage or stretched combat delivery variant of legacy C-130 Hercules, and can accommodate a payload of up to 20t and over 90 passengers.

The aircraft is operational with air forces in Australia, Canada, Denmark, Iraq, Israel, Italy, Kuwait, Norway, Oman, Qatar, the UK and the US.