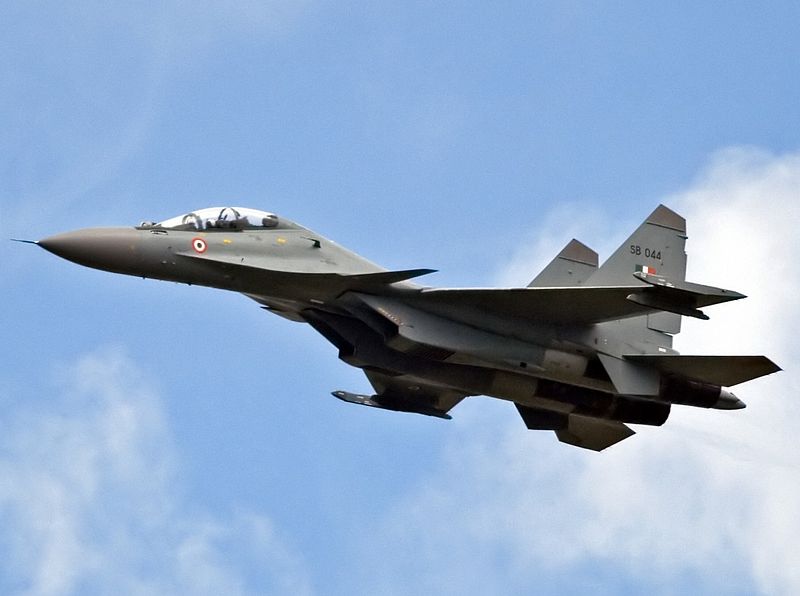 Western Air Command spokesperson, group captain Sandeep Mehta, was quoted by The Indian Express as saying: "The aircraft was inducted into the air base under the WAC in a formal ceremony by Air Marshal Arup Raha."

The aircraft will be operated by the 220 Squadron, known as the ‘Desert Tigers’. The squadron flew the MiG-23 fighter and the MiG-23 BN supersonic strike fighter jets until 2005 and 2009 respectively.

The Desert Tiger squadron was selected by IAF for the SU-30 MKI fighter induction in September 2011, following a two-year inactive period.

Developed by Hindustan Aeronautics Limited (HAL) under licence from Sukhoi Design Bureau, the Sukhoi Su-30MKI is a long-range air superiority fighter designed to conduct a wide-range of air combat and ground-attack missions in all weather conditions.

The aircraft is an advanced variant of the Sukhoi Su-30 fighter and features enhanced avionics, such as a Su 967 head-up display, a Sigma-95 integrated GPS and ring laser gyroscope inertial navigation system, radars, Litening targeting pods, and electronic counter-measure systems.

India had first ordered 50 Su-30MKIs from Sukhoi under a $1.46bn deal in November 1996, and obtained permission for licensed production of more than 140 aircraft in December 2000.

As of January 2012, the air force operated 190 Su-30MKIs and is planning to acquire a total of 272 aircraft, which are expected to serve as the backbone of IAF’s fighter fleet..