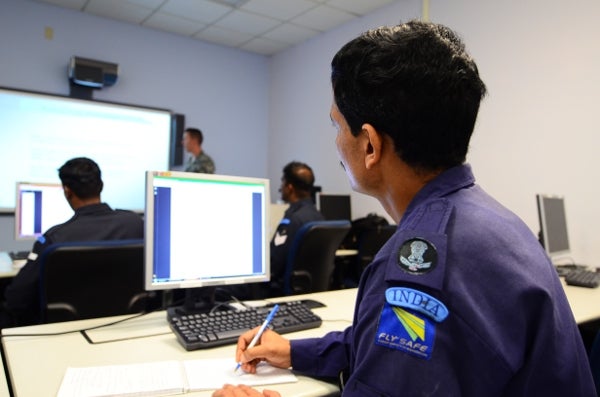 US Air Force 373rd TRS Detachment 5 electrical environmental instructor technical sergeant Paul Higgins said the training will help the airmen in maintenance of the C-17 Globemaster, when the initial aircraft arrives in India.

"Every specialty we have on the C-17, we are teaching here. We have electrical environmental, communication, navigation and general crew chief functions, just to name a few," Higgins added.

Provided through specialty-specific classes to a batch of four students each, the training includes both classroom time and hands-on work during which the new maintainers will apply the skills they learn on simulation training aircraft for four to six weeks.

Indian Air Force junior warrant officer Prakash Chand said: "We are learning the basics of the aircraft as well as the technical manual, which is quite helpful in learning the part numbers and other technical aspects of the C-17."

Ten C-17 Globemasters were ordered by the IAF under a $4.1bn deal from Boeing in June 2011, to help replace its outdated Russian IL-76 airlifter fleet.

The aircraft are expected to be operated in support of military and humanitarian airlift operations from Hindon Air Force Base in New Delhi, India.

Boeing has already started production of the first aircraft at its Long Beach manufacturing facility in August 2012, and is scheduled to deliver all the ordered airlifters between 2013 and 2014.

The IAF is also expected to place an order for additional six aircraft before 2013.