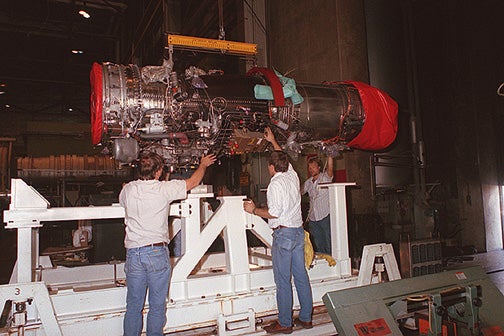 India has signed an Rs30bn ($558m) contract with the US for the supply of jet engines to power the Defence Research and Development Organisation’s (DRDO) Tejas Mark-II light combat aircraft (LCA) fleet, which is currently being developed.

Unidentified DRDO officials were quoted by Press Trust of India as saying: "The deal worth Rs 3,000 crore has been finalised with the US for procuring 99 engines for the LCA Tejas MkII."

Initially covering the supply of 99 General Electric F414-GE-INS6 turbofan engines, the contract also includes options for the procurement of 100 additional powerplants in the future under negotiated terms.

The GE F-414 engines had already been selected by India’s Aeronautical Development Agency (ADA) against the Eurojet 2000 turbofan powerplant for the LCA Mark II programme in October 2010.

A low-risk derivative of the GE F404-GE-IN20 engines fitted in the first batch of Tejas Mk I LCAs, the GE F-414 is an afterburning turbofan engine scheduled to be handed over to the Indian Air Force (IAF) in the near future.

Featuring an improved full authority digital electronic control (FADEC) system and a single crystal blade design, the engine has a thrust-to-weight ratio of 9:1 and uses a fuel actuated system to manipulate the afterburner section, instead of a separate hydraulic system.

The engine was ordered after the GE-404 engine failed to deliver the required firepower and address IAF’s requirement for the LCA Mark II programme.

Expected to be manufactured within a 2014-2015 timeframe, the LCA Mk II will feature advanced equipment, such as the active electronic scanned array (AESA) radar, upgraded avionics and electronic warfare suite, while also being capable of carrying a larger payload than the Mk I LCA.

The air force has committed to acquire a total of 83 Tejas Mk II aircraft, whose first prototype is set to undergo initial flight testing by December 2013.