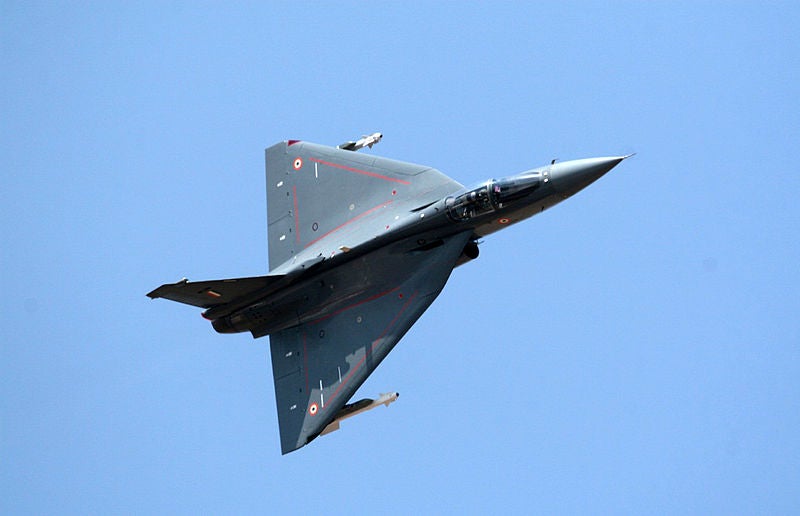 The Indian Air Force (IAF) will induct the indigenously manufactured Tejas light combat aircraft (LCA) into its operational service by the end of 2013 or early next year, the country’s defence minister A.K. Antony has revealed.

The formal induction of the aircraft is expected to take place after IOC, Antony noted.

Meanwhile, an unnamed official from Tejas prime industrial contractor, Hindustan Aeronautics Limited (HAL) was quoted by the news agency as saying that the company currently manufactures four aircraft per year, but can increase the number to eight within a year following IOC clearance.

”HAL also has plans to augment the production capacity to 16 aircraft within three years after IOC clearance, based on the firm orders that will be received,” the official said.

Jointly manufactured by a consortium of five organisations pooled by the ADA and HAL, Tejas is a single-seat, lightweight, high-agility supersonic fighter aircraft designed to replace IAF’s ageing MiG 21 and MiG 23 aircraft fleet.

Powered by a single GE F404-GE-IN20 turbofan engine, the aircraft features eight external hardpoints to carry stores, with three under each wing and a tailless compound delta planform, and can be armed with air-to-air, air-to-ground and anti-ship missiles, precision-guided munitions, rockets and bombs.

Around 40 LCA Mark 1 aircraft have been ordered by IAF, which has also committed to acquire a total of 83 Tejas Mk II aircraft, the first of which is likely to enter service in the 2017-18 timeframe.

Image: The Tejas light combat aircraft during its flight. Photo: courtesy of Rinju9.