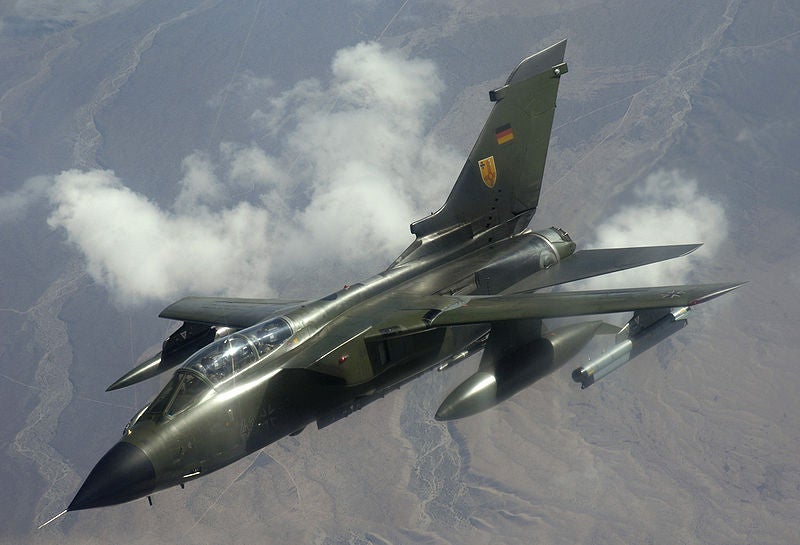 Saab has been awarded three contracts for the supply of self-protection equipment for installation onboard the German Air Force’s (Luftwaffe) Tornado combat aircraft fleet.

Valued at a combined SEK100m ($15m), the contracts cover certification and limited production of the BOZ-101 EC podded self-protection system, including the MAW-300 missile approach warning system, and the development and qualification of a new cockpit control unit for the pod.

The equipment is scheduled to be installed on both of the Luftwaffe’s Tornado interdictor/strike (IDS) and electronic combat/reconnaissance (ECR) variants, which are anticipated to remain in service for several years to come.

”It is a breakthrough and a strong vote of confidence in Saab as an electronic warfare supplier," Johansson said.

"The equipment is scheduled to be installed on both of the Luftwaffe’s Tornado interdictor/strike and electronic combat/reconnaissance variants."

The BOZ EC family of pods is designed to provide integrated missile warning and cocktail flare dispensing capabilities to the Tornado fleet to eventually help the aircraft defeat advanced threats.

The BOZ-102 EC pod has been in operational use within the Italian Air Force (ITAF) since 2008.

The aircraft is also operated by the air forces of Italy, Saudi Arabia and the UK.

Development and production work under the contract is scheduled to be primarily carried out at the company’s facilities in Jarfalla, Sweden, and Centurion in South Africa, while delivery schedule remain undisclosed.