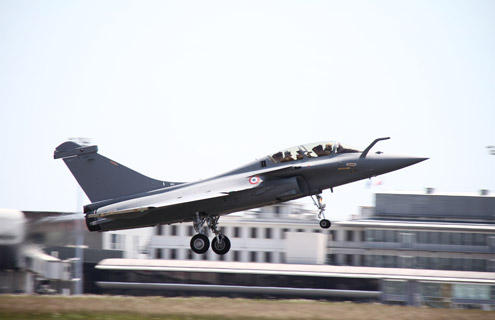 The latest delivery from Dassault Aviation forms part of the overall 60-plane fourth production tranche of the 180 Rafale fighter programme.

The AESA technology, together with active antenna, will enhance the detection range.

Planned to be deployed to Mont-de-Marsan airbase for flight trials, the latest aircraft delivery is the 121st production Rafale of the total 180 fighters ordered for the French Navy and Air Force.

"The AESA technology will enhance the detection range."

The DGA has already received Rafale aircraft in its three variants, including 38 shipborne Rafale ‘Ms’ for the Navy, and 39 Rafale ‘B’ two-seaters, in addition to 44 Rafale C single-seaters for deployment by the air force.

Rafale is the first omnirole fighter aircraft, it is capable of carrying out diverse missions, including ground attack and air defence.

The fighter can also perform full range of missions that are assigned to a fighter, such as air superiority, air defense; attack of land and naval targets; close air support of ground troops; reconnaissance, as well as nuclear strikes.

Rafale is also the first aircraft designed for operations both from a land base and an aircraft carrier.