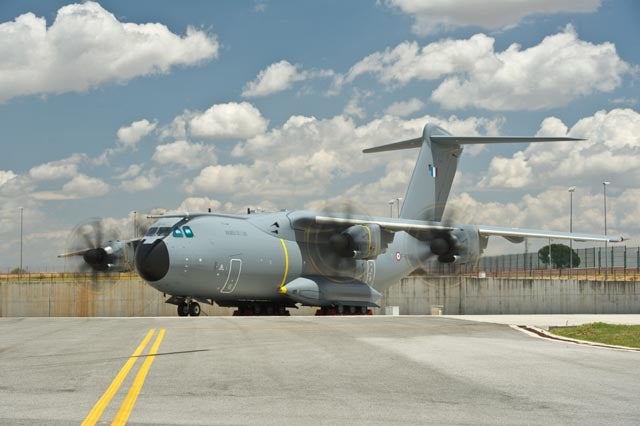 It is scheduled to perform its first test flight at the same facility by the end of this month, ahead of planned delivery to the air force during the third quarter of 2013.

The maiden test flight of the first production A400M aircraft, designated MSN7, was carried out in March.

Dubbed Atlas, the Airbus A400M is a tactical airlifter with strategic capabilities, which can be configured to conduct long-range cargo and troop transport, medical evacuation, aerial refuelling and electronic surveillance missions.

Capable of carrying more than 100 fully equipped troops or a 30t payload, the aircraft – which is powered by four TP400-D6 turboprop engines – features a six-wheel, high-flotation main landing gear, and short soft field landing and take-off capability, enabling troop and equipment transportation to Mali or Afghanistan.

The aircraft has also been ordered by the air forces of Belgium, Germany, Luxembourg, Spain, Turkey, Malaysia and the UK.

With a total of 50 aircraft on contract, the French Air Force is also set to receive an additional two aircraft by the end of this year, with deliveries expected to be completed by 2025.