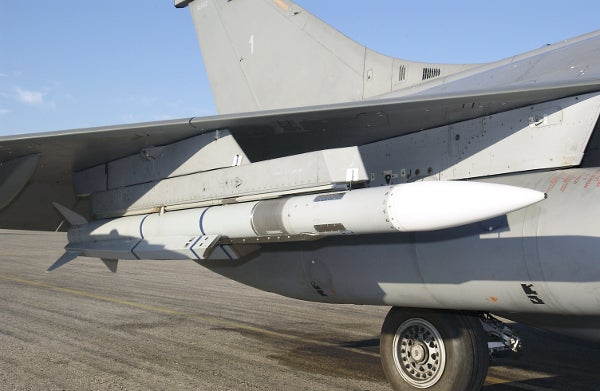 Known as the B301, the aircraft underwent two successful test firings of the new-generation missile on the 4th and 10th October 2012 respectively.

A total of 200 Meteor missiles were ordered by the DGA from MBDA UK under an undisclosed deal in January 2011, for integration into French Rafale fighters to help enhance air-to-air and air-to-surface attack capabilities.

Developed by MBDA, the Meteor is an active radar guided missile designed to provide a multi-shot capability against long-range manoeuvring targets such as fast jets, small unmanned aerial vehicles and cruise missiles in a heavy electronic countermeasures (ECM) environment.

Designed to replace the AIM-120 advanced medium-range air-to-air missiles (AMRAAMs), the Meteor is capable of autonomously engaging air targets during day and night, and in all weather conditions.

The missiles are also expected to be mounted on the Swedish Air Force’s Saab Jas 39 Gripen fighter jets in 2014 to 2015, and the UK Royal Air Force’s Eurofighter Typhoons in 2015-2016.

A total of 62 B and C variants of the fighter jet are currently operational with the French Air Force and have served during combat operations in Afghanistan and Libya.

Image: A Meteor missile mounted under the wing of Rafale fighter aircraft. Photo: courtesy of MBDA, 2012 ©.