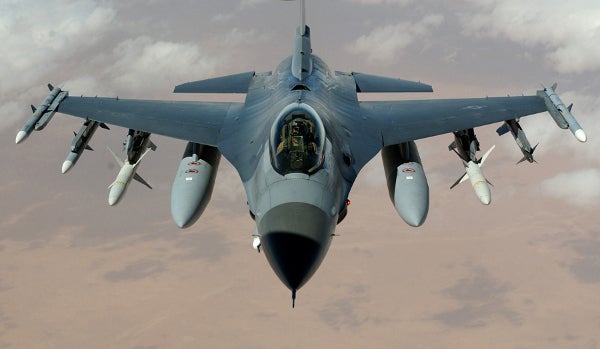 Conducted from 4-18 July 2012, the demonstrations tested the capabilities of AIDEWS Block 5.2 configuration against a wide range of airborne fire control radars with overlapping operating frequencies.

The tests were carried out by ITT Exelis, in collaboration with the FACh and the US Air Force (USAF), in an effort to validate the latest modifications of AIDEWS’s air-to-air electronic warfare capability.

Stuart Altman, Exelis Electronic Systems AIDEWS business area lead, said: "These test flight successes demonstrate our commitment to having the best possible technology to ensure our international allies can complete their missions, avoiding and defeating any threats, and returning safely.’"

The flight tests involved one year of planning and coordination by the FACh and US personnel, as well as extended laboratory and flight testing in the US.

Developed from the Exelis ALQ-211 (V) 4 system, the AIDEWS is a next-generation integrated radar warning system designed to provide pilots with situational awareness and protection against radar-based threats, including modern surface-to-air and air-to-air weapon systems.

The system has been integrated into a wide variety of US and allied defence rotary-wing and fighter aircraft, such as the NH-90 helicopter, V-22 Osprey, MH-47, MH-60 Black Hawk, F-16 Fighter and several commercial platforms.

Exelis is currently developing more than 180 AIDEWS systems for six nations, as part of the company’s foreign military sales (FMS) programme, and has to date delivered 140 systems along with continuous software support to customers across the globe.