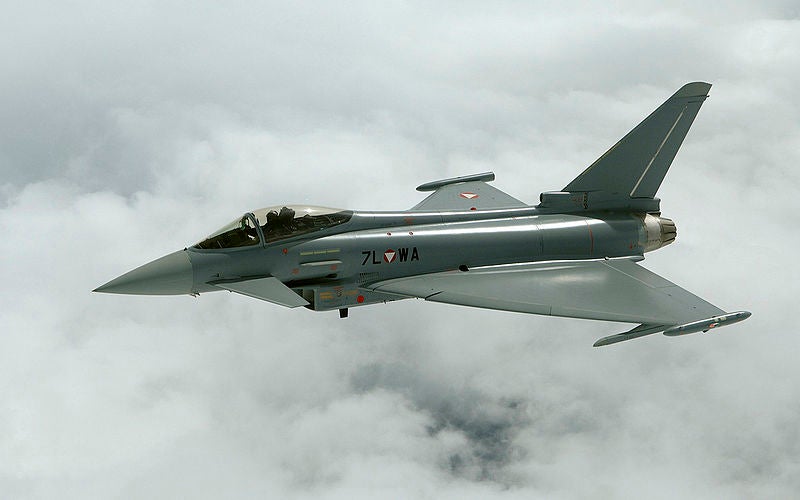 Carried out by Cassidian at Zeltweg in Steiermark, Austria, the upgrade involved the addition of new systems software, installation of modern equipment with higher performance capability levels and a range of other enhancements.

The modernisation work was performed in parallel with the aircraft’s daily operations in an effort to help optimise efficiencies, according to the company.

Eurofighter CEO Alberto Gutierrez said, ”The Austrian Eurofighters are now on the highest technical and operational level for Tranche 1 aircraft and continue to deliver a substantial contribution to the air surveillance capabilities and national sovereignty of Austria.”

"The modernisation work was performed in parallel with the aircraft’s daily operations in an effort to help optimise efficiencies."

Manufactured by a consortium of EADS, Alenia Aeronautica and BAE, the Typhoon is a twin-engine, canard-delta wing, multirole fighter designed for deployment during air operations, including air policing, peace support and high-intensity conflict missions worldwide.

Typhoon is the largest new generation fighter programme, with a total of 719 aircraft on contract and 571 on order by the seven partner nations, including the Austrian, Italian, German, Saudi, Spanish and UK air forces.

The new-generation, swing-role aircraft is scheduled to remain in operational service until 2040.