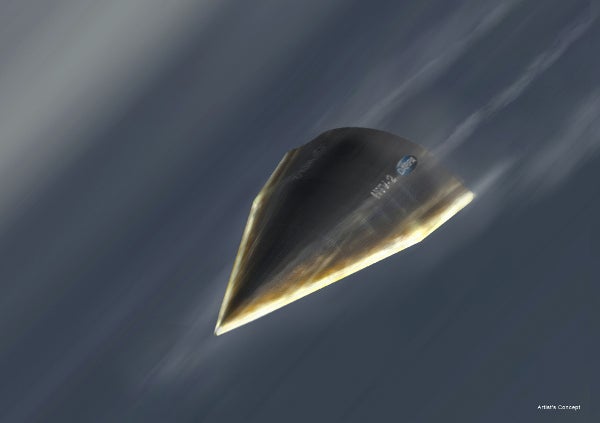 DARPA programme manager Air Force major Chris Schulz said: "The greatest achievement from Flight Two, which the ERB’s findings underscored, was that we successfully incorporated aerodynamic knowledge gained from the first flight into the second flight."

In August 2011 the unmanned, rocket-launched, manoeuvrable aircraft HTV-2 underwent its second test flight, which was aimed at validating current models and increase technical understanding of the hypersonic regime.

During the test, the HTV-2 demonstrated stable aerodynamically-controlled flight at speeds up to Mach 20 for three minutes and experienced a series of shocks, approximately nine minutes into the test flight, and was ordered to fly into the sea after the onboard computer detected an anomaly.

The vehicle’s aerodynamic systems then used autonomous flight safety system to make a controlled descent and splashdown into the ocean.

DARPA Acting Director Kaigham Gabriel said: "The initial shockwave disturbances experienced during second flight, from which the vehicle was able to recover and continue controlled flight, exceeded by more than 100 times what the vehicle was designed to withstand."

The ERB investigated the flight anomaly cause and concluded that the HTV-2 Flight 2 premature flight termination was due to unexpected aeroshell degradation, creating multiple upsets of increasing severity that ultimately activated the Flight Safety System.

According to Schulz, the new thermal-protective material properties and uncertainties for Mach 20 flight inside the atmosphere revealed in the report can be further used to modify modelling and simulation while characterising thermal uncertainties and assess integrated thermal systems.

The Falcon Hypersonic Technology Vehicle 2 (HTV-2) is an unmanned, rocket-launched, manoeuvrable aircraft that is fired into the upper levels of Earth’s atmospheres and travels at a peak speed of Mach 20, around 13,000mph.

According to DARPA the speed would enable to craft fly to anywhere in the world in less than an hour, and to inform the future Department of Defence Conventional Prompt Global Strike programmes.

To capture the necessary data, the HTV-2 vehicle is fitted with a suite of over 20 sensors, which captures data during flight and will enhance data that is already gathered from modelling, simulation and wind tunnel tests.

Image: HTV-2 is fired into the upper levels of Earth’s atmospheres and travels at a peak speed of Mach 20. Photo: DARPA.