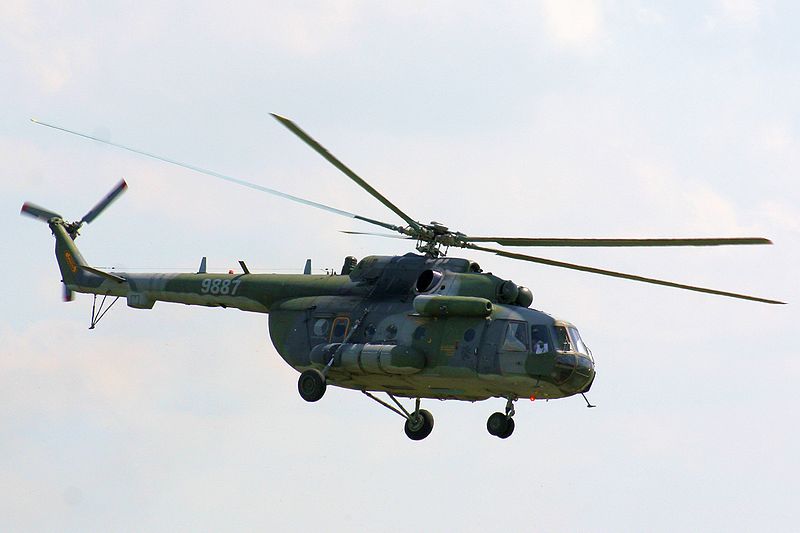 The Czech Air Force is modernising its Mil Mi-171S combat transport helicopters in an effort to boost the communication between the pilots and the Special Forces Units.

Primarily financed by the US, the upgrade is expected to enable the helicopters to transport the special forces personnel for long distances during night time, Armadni Noviny server reports.

In addition to new equipment for night flights, including an infrared (IR) camera for night vision and a laser rangefinder, the helicopters are also scheduled to be armoured with new polyethylene and ceramic coating, which will maintain the same weight despite the addition of new equipment.

"The Americans have also delivered sets of further armouring both for the cockpit and the cabin," the server said.

Undertaken by the state company LOM Praha, the upgrade will also add meteorological radar and extended communication equipment to the helicopter’s cargo cabin.

An initial batch of three Mi-171Ss are scheduled to be upgraded by the end of 2014, following which the military will sign a contract for the modernisation of an additional four helicopters, according to the server.

"The Czech Air Force has so far upgraded eight of the total 16 Mi-171S hlicopters it has acquired within the payment of the Russian debt."

The Czech Air Force has so far upgraded eight of the total 16 Mi-171S helicopters it has acquired within the payment of the Russian debt, since 2005.

Three helicopters have also been operated by the air force in support of the Nato International Security Assistance Force (ISAF) missions in Faizabad, Logar and Paktika provinces in Afghanistan.

The twin TV3-117VM engines-powered helicopter is currently operational with customers in the Middle East, South-East Asia, Africa and Eastern Europe.