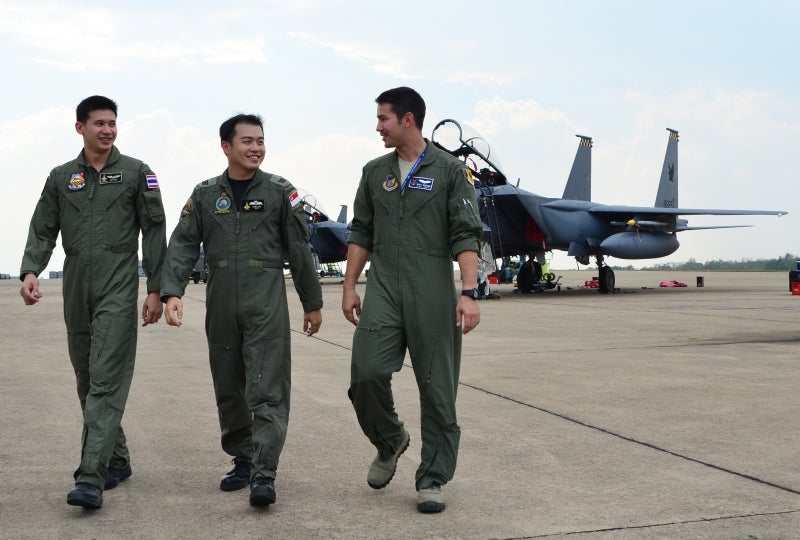 Representing the 19th in its series, the two-week long exercise was held in two phases, and witnessed participation from a total of 80 aircraft, 36 ground-based air defence systems and more than 2,000 combined service members and civilians from the three militaries.

A command post exercise, the first phase was carried out at the Multinational Operations and Exercises Centre in Changi Naval Base, Singapore, from 11 to 13 December 2012, whereas the second phase, which was a flying training exercise, was held at Korat Air Base from 11 to 22 March 2013.

Exercise Cope Tiger 2013 RSAF air director colonel Benedict Ang said the friendship that has developed through the trilateral exercise will serve to augment defence relationship and interoperability of the three participating countries.

"Exercise Cope Tiger intends to boost professionalism and joint interoperability between the US forces, allies and partners."

The US deployed its C-130 Hercules, A-10 Thunderbolt II, C-17 Globemaster III and F-15 Eagle aircraft for the exercise, which also featured maiden participation from the Republic of Singapore Air Force’s (RSAF) Python-5 and Derby (SPYDER) ground-based air defence systems.

Launched in 1994, Exercise Cope Tiger intends to boost professionalism and joint interoperability between the US forces, allies and partners in the Asia-Pacific region, in addition to fostering a closer rapport and mutual understanding among their personnel.

Image: Pilots after a flight mission during the Cope Tiger 2013 exercise. Photo courtesy of © 2013 Government of Singapore.