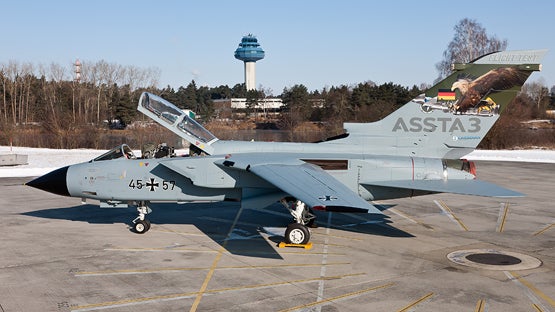 The primary goal of the maiden flight test was to evaluate the functionality of its new electronic improvements in flight operations.

Cassidian has started the development of the ASSTA 3.1 version of the aircraft’s electronic systems, including replacing monochrome TV / tabs with colour displays and integrating the MIDS basic package with a full mission control / situation display.

The latest capability installation also includes apart from MIDS, a key element in the capability enhancement of the Tornado, a radio device, a digital video and voice recorder (DVDR), and the integrated laser joint direct attack munition (LJDAM).

MIDS uses Link 16 communication standard (STANAG 5516) for the exchange of tactical data and enables crew to exchange not only flight, mission and navigation data but also voice commands, encrypted and in real time, with other aircraft and ground stations.

The Tornado aircraft is equipped with an advanced sensor and defensive aids suite for low-level, deep-penetration missions in all weathers by day and night.

The ASSTA 3.0 software will be finalised and certified in the next few months, following which the upgraded Tornado will be delivered to German Air Force in mid 2012.

The aircraft are expected to remain in service until beyond 2025.