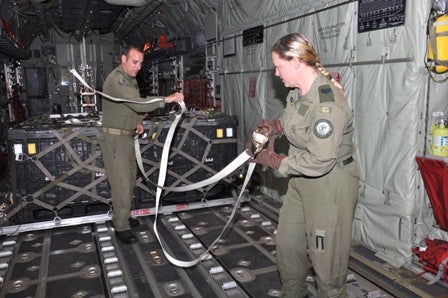 The Canada Government has introduced the new CC-130J Hercules fuselage trainer at 8 Wing Trenton in Ontario.

The load masters at 8 Wing, who are currently undergoing training, will be the first to be trained using the new J-model fuselage trainer.

The new fuselage trainer will offer digital training by using self-paced computer modules to the loadmasters.

The training process through the new fuselage trainer is divided into two phases, which include strategic and tactical.

The strategic phase will allow students to learn the basics of normal on- and off-loading of an aircraft, by using equipment such as forklifts, and conducts normal operational flying in a non-threat environment.

"The load masters at 8 Wing will be the first to be trained using the new J-model fuselage trainer."

The tactical phase, which takes place in a threat environment, will allow students to learn about the release of cargo and personnel from the aircraft in flight by using parachutes.

8 Wing’s 426 Transport and Training Squadron loadmaster training instructor Sergeant Bickford said the new trainer is an exact replica of the fuselage of a CC-130J.

"When they move from the training phase to the real flying portion of their career, the transition will be easier and fairly fluid," Bickford said.

The candidate must have around five years experience as a traffic technician, to undergo loadmaster training.