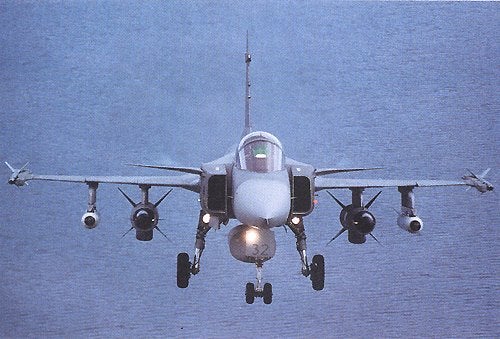 The Bulgarian ministry of defence (MoD) is considering plans to purchase eight multi-purpose fighter jets for its air force in an estimated $400m (€309m) deal.

Defence Minister Anyu Angelov told Agence France Presse that a mandate will be soon sought to negotiate discussions with other countries for the supply of new fighter jets.

"Our aim is to acquire eight fighters, but they can also become nine depending on the price," Angelov added.

In April 2010, Saab offered to sell its Gripen fighter jets to the Bulgarian Air Force at the price of second-hand US F-16 aircraft.

Hinting at a possible acquisition of Sweden’s Gripen multi-role fighter aircraft, the minister said: "The possibility to buy new Gripen jets is still standing, however, and will be reviewed on an equal footing with the rest of the second-hand offers."

Initial talks over the potential acquisition of used fighters have already been held between the Bulgarian MoD and Netherlands, Portugal, the US and Germany.

The minister has dropped plans to buy aircraft from EADS and Lockheed Martin citing budgetary restrictions and plans to carry out discussions with Belgium, Norway and Italy.

With plans to close talks by the end of 2012, a deal is likely to be concluded after receiving approval from the cabinet and parliament in 2014.

The country also has plans to conduct preliminary jet pilot training with an aim to begin operating its new fighters for Bulgaria’s air force in late 2014 or early 2015, according to Angelov.

Image: Gripen can be equipped with air-to-air missiles including MICA, AIM-120B AMRAAM and Sidewinder AIM-9L.