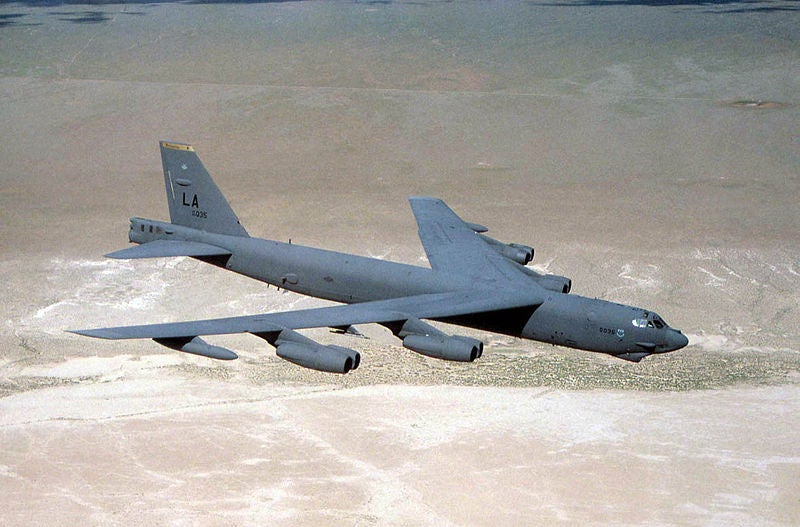 Boeing has been awarded a contract to expand the smart weapons capacity of the US Air Force’s (USAF) B-52 Stratofortress strategic bomber aircraft by 50%.

According to the $24.6m contract, the company will modify B-52’s existing weapon launchers, enabling the aircraft to carry smart weapons in the bomb bay.

Three prototype weapon launchers will be developed by Boeing for test and evaluation purposes under the first phase of bomb bay upgrade, which on completion, will allow the bomber to carry 24,500lb joint direct attack munitions (JDAM) or 20 2,000lb JDAMs.

Utilising parts from USAF’s existing rotary launchers modified for conventional missions, and hardware and software already developed for the wing pylons, the upgrade is also expected to help B-52 to carry all of the weapons internally, thereby increasing fuel efficiency in flight.

B-52 programme director Scot Oathout said the weapons capacity expansion joins the combat network communications technology (CONECT) programme that is currently being installed on the aircraft to offer more flexibility to the soldiers.

”When you combine that ability with the extremely long flying time of the B-52, you have an efficient and versatile weapon system that is very valuable to warfighters on the ground,” Oathout said.

"Production of the first launcher is expected to be completed in March 2016."

Production of the first launcher is expected to be completed in March 2016.

The additional upgrade phases could add the joint air-to-surface standoff missile (JASSM) and its extended range variant (JASSM-ER), the miniature air launched decoy (MALD) and its jammer variant (MALD/J) to the aircraft.

Powered by eight Pratt & Whitney TF33-P-3 turbofan engines, the B-52 Stratofortress is a long-range, subsonic, strategic bomber designed to carry and fire both nuclear and conventional munitions for deterrence missions.

The aircraft first entered service with USAF in 1955, and is also operated by the US Navy for anti-surface and submarine warfare operations.

Image: A USAF’s A B-52H bomber aircraft during its flight over the desert. Photo: courtesy of US Air Force.