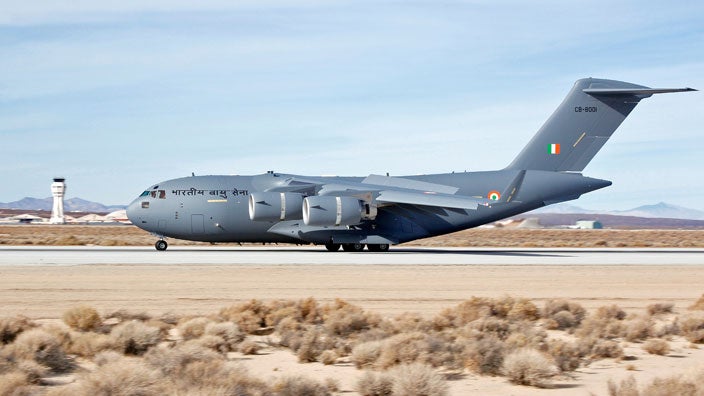 The delivery is part of a Letter of Offer and Acceptance signed between the Indian Ministry of Defence and the US Government in 2011.

A total of ten C-17 aircraft were ordered by India from Boeing as part of a $4.1bn contract in June 2011, to help replace the air force’s ageing Russian IL-76 airlifter fleet.

News
GA-ASI collaborates with 114ai to develop multi-domain technologies
Data Insights
View All
"A total of ten C-17 aircraft were ordered by India from Boeing as part of a $4.1bn contract in June 2011."

Boeing is scheduled to deliver five C-17s this year, followed by the remaining five in 2014, while also supporting the fleet through the Globemaster III integrated sustainment programme (GISP) performance-based logistics (PBL) contract.

The first IAF C-17 aircraft is currently undergoing a planned US Air Force (USAF) flight test programme at Edwards Air Force Base (AFB) in California, US.

Expected to be operated in support of military and humanitarian airlift operations during emergencies from Hindon Air Force Base in New Delhi, India, the IAF is likely to place another order for an additional six aircraft.

Operated by air forces in the US, Australia, UAE, Canada and Qatar, the C-17 Globemaster III military transport aircraft has been designed to conduct rapid strategic airlift of troops and supply palleted cargo to main operating bases or forward operating bases worldwide.