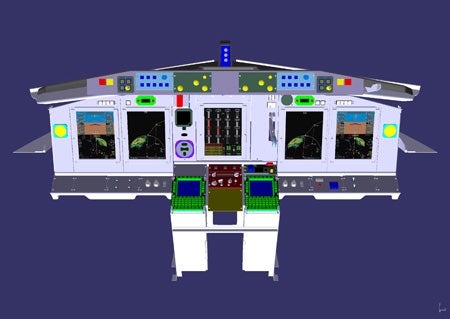 Boeing has been awarded an engineering, manufacturing and development (EMD) contract, to assist in the modernisation of the US Air Force (USAF) and Nato E-3 707 airborne warning and control systems (AWACS).

Awarded by Electronic Systems Center at Hanscom Air Force Base, Massachusetts, US, the EMD contract is the second phase of a cooperative programme between the USAF and Nato.

Boeing AWACS programme manager, Jon Hunsberger, said the move from analogue systems to a digital flight deck will enable the US and Nato AWACS fleets to meet current and identified future air traffic management requirements for flying in worldwide airspace.

"They also provide growth capability for any future requirements and solve the problem of diminishing manufacturing sources for flight avionics," said Hunsberger.

Under the $368m EMD contract, the company will develop a design that modernises the flight deck and avionics of E-3 707 AWACS aircraft fleet for USAF and Nato.

Boeing will integrate new and existing avionics and communications systems, and upgrade one aircraft for each AWACS fleet, as part of the contract.

Installation work on Nato and US AWACS aircraft will begin in the third quarter of 2013 and 2014 respectively.

All work will be carried out in Seattle, US and is scheduled for completion by the end of 2015 while the production contracts will be awarded later for the remaining aircraft in the fleets.