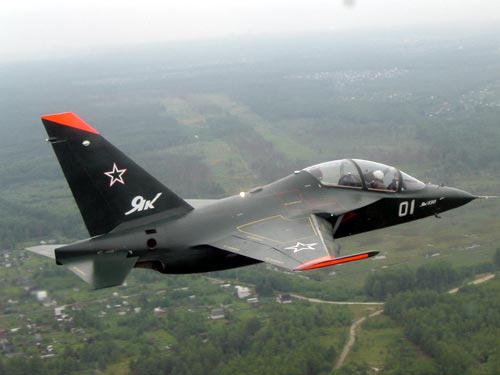 Irkut has signed a contract with the Belarusian Ministry of Defence (MoD) for the production and delivery of the Yakovlev Yak-130 advanced jet trainer aircraft.

Covering the delivery of four aircraft, the contract forms part of the agreement on the development of military-technical cooperation signed between Russia and the Republic of Belarus in December 2009.

The milestone also makes Belarus the first among the Commonwealth of Independent States (CIS) countries to acquire the Yak-130 combat aircraft.

Capable of carrying a maximum combat payload of 3t, the aircraft can also be configured to carry out light-attack and reconnaissance missions at subsonic speeds of 600mph, in all weather conditions.

The aircraft initially entered service with the Russian Air Force in July 2009, and has also been ordered by the air forces of Algeria, Libya, Syria and Vietnam.

Deliveries under the contract are scheduled to complete by 2015.