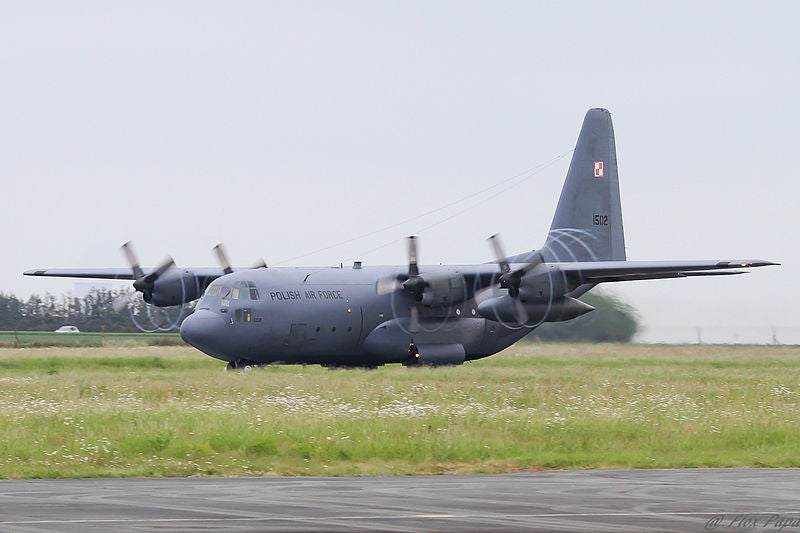 Featuring a five-year base performance period and two additional renewal years, the unspecified contract covers the delivery of an array of services, including technical, training and modifications support.

Specifically, BAE will collaborate with WZL No. 2 to provide planning, support and sustainment as a part of the overall PDM programme’s scope.

”We will continue to take steps to invest and grow in Poland by providing unparalleled sustainment and modernisation support to platforms like the C-130 for the Polish Air Force,” McConnell said.

"Specifically, BAE will collaborate with WZL No. 2 to provide planning, support and sustainment as a part of the overall PDM programme’s scope."

WZL No. 2 spokesperson Piotr Rutkowski said, ”Our relationship with BAE Systems has possibility for future growth not only in the field of the C-130 fleet, but also F-16s.”

WZL No. 2 serves as the main partner to Polish Air Force for periodic depot maintenance of its five C-130E aircraft fleet, which is currently flown by the 14th Airlift Squadron for tactical transport operations.

Equipped with a glass cockpit, digital avionics and a propulsion system with a four-bladed propeller, the aircraft is capable of accommodating a payload of up to 20t, or more than 90 passengers.

The aircraft is also operational with the air forces of Australia, Indonesia, Canada, Denmark, India, Italy, Norway, Qatar, the US and the UK.