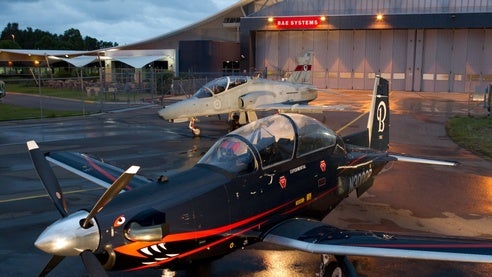 Set out in Defense Capability Plan 2009, the AIR 5428 project aims to provide a new fixed-wing pilot training system to the Royal Australian Air Force (RAAF), navy and the army.

Quaife said, ”Beechcraft and BAE Systems are also working together to support pilot training for the United States Navy on the T-6 mission system.

”These experiences and our combined track record in military flight training, complex project management and mission systems sustainment mean we can offer the Commonwealth a low risk, value for money solution to train the world’s best military aviators at a location of its choosing.”

The pilot training systems delivered under the Air 5428 project are expected to cover all facets of undergraduate pilot training, from basic flying up to entry into air force lead-in fighter and operational conversion units.

The BAE-led team is the first to announce teaming arrangements for the project, while other potential bidders, including Lockheed Martin, Boeing, Thales and Raytheon are soon anticipated to disclose their respective partners, FlightGlobal reports.

Lockheed is expected by industry sources to select the Pilatus PC-21 trainer as its primary flying platform, and partner with Hawker Pacific for maintenance services.

Air 5428 project tender is set to close in February 2014, followed by selection by the end of June 2015, and initial operating capability (IOC) in 2015 to 2017 timeframe, according to the news agency.