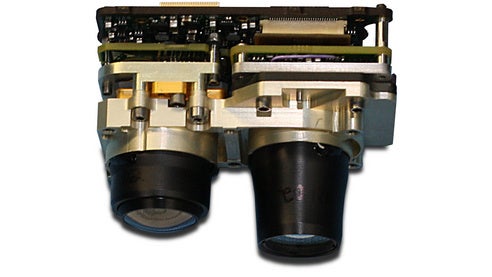 The system primarily enhances the warfighter's situational awareness by lowering the time required for targets identification under any condition or circumstance.

"The system primarily enhances the warfighter's situational awareness by lowering the time required for targets identification under any condition or circumstance."

''With sensor fusion, soldiers don't need to switch back and forth between the daytime camera and the infrared camera, then try to compare those images in their heads as they do with existing systems,'' Hansen said.

Besides helping soldiers to view laser designator spots even in darkness, which simplifies coordination and target marking with UAVs, the system also enables rapid target acquisition by cueing the operator to potential problem areas.

The blending of low-light and infrared (IR) images in a single display provides combat forces with a broad spectrum of imaging options, including full daylight, deep shadows, dawn and dusk, as well as illuminated night operations and darkness.

Additionally, the DFSS is capable of adjusting its own settings according to each mission's environmental conditions, eliminating the requirement for operating forces to make a choice between an electro-optical (EO) or an IR sensor prior to launching the unmanned vehicle.

The capability holds significance as mission durations are expanding and new tactics and techniques of surveillance are being explored.