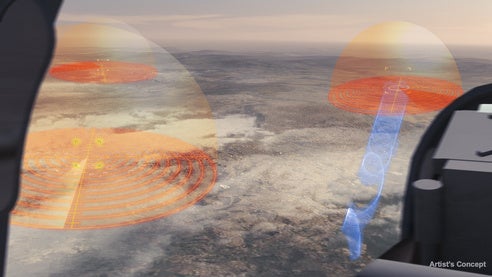 Working in collaboration with Dynetics and other industry research organisations, the company will develop technology for a next-generation electronic warfare (EW) algorithm suite, which will help current EW systems to counter emerging radar threats.

"To rapidly detect and characterise a never-before-seen radar threat, synthesise an electronic countermeasure, and then assess effectiveness in a tactically relevant timeframe is a major battlefield advantage," Niedzwiecki said.

"To rapidly detect and characterise a never-before-seen radar threat, synthesise an electronic countermeasure, and then assess effectiveness in a tactically relevant timeframe is a major battlefield advantage."

Spread across three phases, the $34.9m five-year ARC programme seeks development of intelligent algorithms that will enable US airborne EW systems to automatically generate effective countermeasures against new, unknown and adaptive radar systems based on their over-the-air observable threat behaviours in real-time in the battlefield.

Developed using an open architecture, the ARC technology will be capable of isolating unknown radar signals in presence of other hostile, friendly and neutral signals, and eventually mitigate the threat posed by the radar.

Open architecture use will support integration, modification, and removal of software modules with minimal impact on other elements of the ARC, whose algorithms and signal processing software can be inserted into both new EW systems and retrofitted in existing systems without extensive rework of front-end radio frequency hardware.

Final implementation of the ARC programme with demonstrations in live flight tests on an existing EW system is anticipated to take place by 2018.