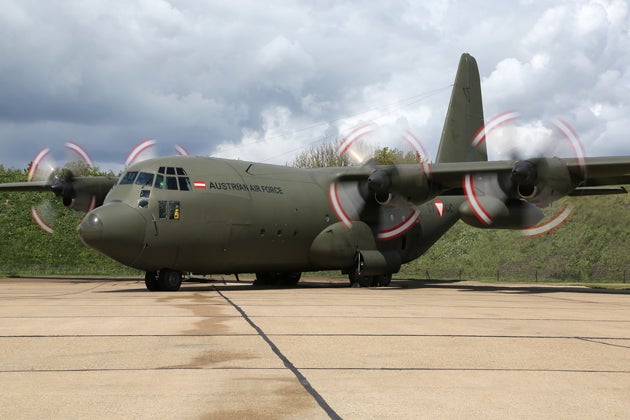 The delivery forms part of a contract awarded to the company for modernisation of the air force’s three C-130K Hercules aircraft in 2012.

Marshall Aerospace and Defence Group CEO Steve Fitz-Gerald said, "We’re delighted to have completed the avionics upgrade and associated testing and commissioning on this first aircraft as it places us on track to have all three aircraft upgraded and returned to service by early 2015."

The three surplus C-130K Hercules aircraft were acquired by Austria from the UK Royal Air Force (RAF) in 2002, which have been maintained by Marshall Aerospace since their entry into operational service.

"The delivery forms part of a contract awarded to the company for modernisation of the air force’s three C-130K Hercules aircraft in 2012."

Upgrades to the aircraft involved replacement of autopilot and radar altimeter systems, software updates to the flight management system, installation of a standby flight display and a barometric altimetre.

Additional work included the replacement of analogue flight instruments with multifunction LCD displays for the aircraft.

Powered by Allison T56A-15 engines turboprop engine, the C-130K Hercules is a derivative of Lockheed Martin’s C-130 Hercules aircraft, and is currently operated by the Austrian Air Force for carrying troops, passengers or freight and transport support missions.

Image: An Austria’s C-130K Hercules aircraft lands at a base. Photo: courtesy of Marshall of Cambridge Aerospace Limited.

Defense and Civil Spends on Helicopters in Belgium: 2016 to 2024