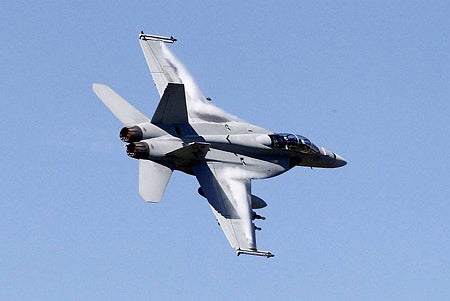 The Australian Government has decided to convert its 12 F-18 Super Hornet fighter aircraft into the EA-18G Growler electronic warfare (EW) system, under a $1.5bn refit programme.

Australia’s Defence Minister Stephen Smith and Defence Materiel Minister Jason Clare said in a joint statement that the acquisition will make Australia only the second country, alongside the US, to operate the Growler aircraft.

A derivative of the combat-proven two-seat F/A-18 Hornet, US Navy’s maritime strike aircraft, the EA-18G Growler is an airborne electronic attack (AEA) aircraft that can operate from either an aircraft carrier or from land-bases.

The Growler’s missions are mainly electronic attack (EA) and suppression of enemy air defences (SEAD), particularly at the start and on-going early stages of hostilities.

The new aircraft will be operational from 2018.

Image: The Growler is a derivative of the combat-proven two-seat F/A-18 Hornet. Photo: courtesy of LACW Kylie Gibson/Commonwealth of Australia.