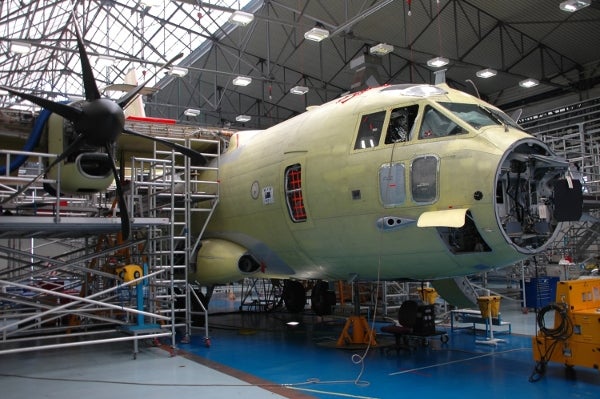 Alenia Aermacchi has completed the fabrication of the Royal Australian Air Force’s (RAAF) first C-27J Spartan tactical airlift aircraft with mating of the aircraft’s wing with the fuselage, engines and landing gear at its facility in Turin, Italy.

The aircraft is currently undergoing equipment installation and functional tests in preparation for the flight testing programme.

Expected to be rolled out for the company flights this month, the aircraft is scheduled to undergo customer acceptance tests and procedures shortly afterwards.

The aircraft’s fuselage was manufactured at Alenia’s Capodichino plant in Naples, Italy, while the other components were supplied by several national and international programme partners.

Alenia is supplying ten C-27J aircraft to prime contractor L-3 Communications by 2015, as part of a $900m foreign military sales (FMS) programme agreed between Australia and the US in May 2012.

Australia has also awarded an interim three-year contract to L-3 for provision of support and training until an indigenous trough life support (TLS) contract is negotiated with the domestic industry, as reported earlier by Defense News.

"The first aircraft is anticipated to be handed over to L-3 in the first quarter of 2014."

Selected after comprehensive assessment by the Australian Department of Defence, the aircraft is expected to significantly enhance the Australian Defence Forces’ ability to move troops, equipment and supplies in absence of DHC-4 Caribou aircraft, which was decommissioned from service in 2009.

The first aircraft is anticipated to be handed over to L-3 in the first quarter of 2014.

The aircraft has also been ordered by the air forces of Italy, Greece, Bulgaria, Lithuania, Mexico, Morocco and Romania.