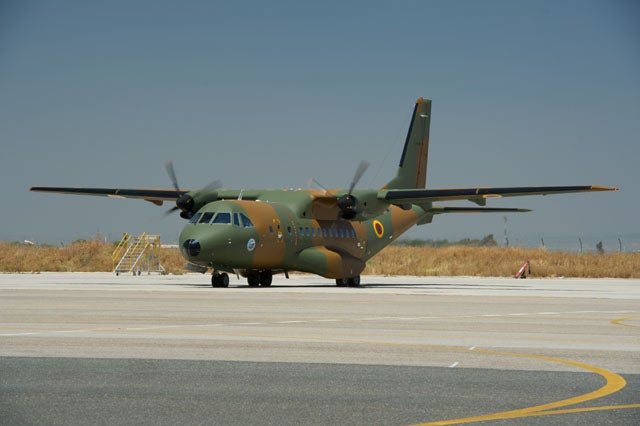 Airbus Military has handed over a CN235 medium transport aircraft to the Cameroon Air Force, making the country the sixteenth sub-Saharan operator of the aircraft.

One CN235 aircraft was ordered by the air force for modernisation of its transport fleet for utility operations in June 2012.

Combat-proven in hot, dusty and humid conditions and on unprepared runways, the aircraft was selected due to its versatility, low maintenance, efficiency and operating costs for operation in the challenging conditions found in the African region.

Capable of carrying up to 6t of payload or 51 personnel while flying at a maximum speed of 240km/h, the aircraft can also perform humanitarian relief and rescue missions, particularly during natural disasters due to its short takeoff and landing (STOL) capability.

"The aircraft was selected due to its versatility, low maintenance, efficiency and operating costs for operation in the challenging conditions found in the African region."

Having accumulated over one million flight hours, the aircraft is currently in service with 28 nations worldwide, including Turkey, Spain, Ireland, Malaysia, Indonesia and the Republic of Korea Air Force.